PEN America is collecting messages of encouragement and hope to be delivered to writers currently imprisoned around the world for standing up for their own beliefs. People are encouraged to go to PEN American’s website and write letters of solidarity to help bring hope to people who might otherwise feel forgotten or hopeless. According to their website, many of the writers keep and share these messages long after they’ve been released from prison – which we all hope will happen soon.

The writers being sent these well wishes this year include Oleg Sentsov, who is imprisoned in Russian, Nasrin Sotoudeh, imprisoned in Iran, or Wa Lone and Kyaw Soe Oa, who are currently imprisoned in Myanmar. Read more about these unjust imprisonments below and then consider offering your messages of hope and encouragement through PEN America. 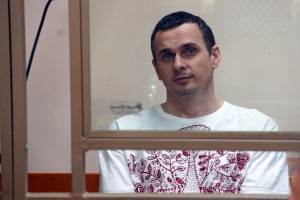 Oleg Sentsov directed the 2011 film Gamer, but ceased work on a new film when Russia began to invade Crimea. Following the annex of Crimea, Sentsov was arrested and charged with planning terrorist attacks in a court case Amnesty International likened to “Stalinist-era show trials of dissidents.”
According to The Guardian

The trial was littered with irregularities: Sentsov said he had been tortured, while investigators dismissed the bruises on his body as being the result of a supposed penchant for sadomasochistic sex. The main prosecution witness recanted in the courtroom and said his evidence had been extorted under torture. He said no “acts of terrorism” were ever committed except for an arson incident in which nobody was injured and Sentsov denied involvement.

In a statement made during the trial Sentsov said, “When they put a bag on your head, beat you up a bit, half an hour later you’re ready to go back on all your beliefs, implicate yourself in whatever they ask, implicate others, just to stop them beating you. I don’t know what your beliefs can possibly be worth if you are not ready to suffer or die for them. I am not going to beg for leniency. Everything is already clear. A court of occupiers cannot be just by definition.” 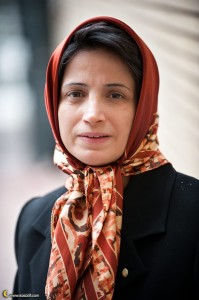 Nasrin Sotoudeh was a human rights lawyer in Iran. After the disputed 2009 Iranian presidential elections she represented opposition activists including Nobel Peace Laureate Shirin Ebadi, as well prisoners who were sentenced to death for crimes committed when they were minors. In 2010 Sotoudeh was arrested and held in solitary confinement for the alleged charges of “spreading propaganda” and “conspiring to harm state security.” She was sentenced to six years in prison, and banned from practicing law for ten years, but in 2018 she began a second five year sentence in prison for “acting against national security.”Wa Lone and Kyaw Soe Oo were two Reuters journalists who were arrested in Myanmar for “possessing important and secret government documents related to Rakhine State and security forces” while the two were investigating the deaths of 10 Rohingya Muslims. The Myanmar Ministry of Information claimed Lone and Soe Oo “illegally acquired information with the intention to share it with foreign media.”

According to a recent Reuters article

On April 20, a prosecution witness revealed in pre-trial hearings that police planted military documents on Reuters reporters Wa Lone and Kyaw Soe Oo in order to frame them for violating the country’s Official Secrets Act. That admission drew gasps from the courtroom.

Stephen J. Adler, Editor-in-Chief for Reuters, has said Lone and Soe Oo were convicted “without any evidence of wrongdoing and in the face of compelling evidence of a police set-up.” 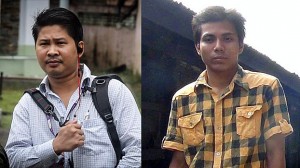 When Lone was questioned leaving the courthouse after the conviction, he maintained there was nothing to worry about, stating “We know we did nothing wrong. I have no fear. I believe in justice, democracy and freedom.”

Myanmar’s military had carried out mass killings and gang rapes of Muslim Rohingya with “genocidal intent,” and that the commander-in-chief and five generals should be punished. The report also accused the government of Aung San Suu Kyi of contributing to “the commission of atrocity crimes” by failing to shield minorities from crimes against humanity and war crimes.

Please take a few minutes and write to one of these prisoners, offering your solidarity with them in their time of need. Please consider sharing PEN American’s page to help spread messages of hope and encourage others to offer the same. Shedding light on these prisoners is something we can all do to show them they are not forgotten, and let the governments who imprison them under false pretenses know that the world is watching, and the world is standing with these writers.