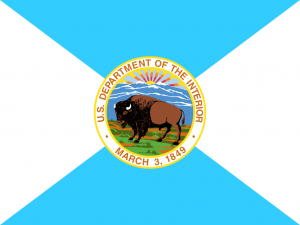 American Library Association’s Office for Intellectual Freedom Blog has sounded the alarm that the Freedom of Information Act is under attack. At the end of December in 2018, the Interior Department proposed changes to the policy for requesting information that would significantly inhibit freedom of information in the United States. It is imperative that all citizens interested in preserving this crucial piece of legislation act now to maintain an informed republic, government transparency, and intellectual freedom.

The Freedom of Information Act (FOIA) is a law that requires the disclosure of documents and information controlled by the US government upon reasonable request. There are nine current exemptions to the FOIA, which deal with protecting privacy, national security, foreign policy, and other areas where the release of information could cause irrevocable harm. Agencies that must comply with FOIA are also currently subject to disciplinary action for impeding the process or results of a valid petition for what should be accessible information so that the FOIA filer has a legal recourse to follow if they believe their results have been delayed or tampered.

The proposed changes to the rules would include the following differences:

According to the Intellectual Freedom Blog, Brian M. Watson notes the proposed rule change was made between Christmas Day and New Year’s Day – a time of year when many people pay less attention to the news, often taking time off of work to spend with their families. This was also in the midst of the longest government shutdown in the history of the United States. Watson writes,

The FOIA was signed into law on July 4, 1966, by President Lyndon B Johnson, despite his own opposition to it. Certainly, the symbolism of the day was not lost on the president, who wrote eloquently about the need for such a law in the statement released after he signed the FOIA.

The legislation springs from one of our most essential principles: a democracy works best when the people have all the information that the security of the nation permits. No one should be able to pull curtains of secrecy around decisions which can be revealed without injury to the public interest.

Interestingly, the FOIA we have today was largely crafted following Nixon’s impeachment. Determined to avoid a future disgrace like the one they had just experienced under Nixon, Congress passed amendments to strengthen the FOIA. According to documents released in 2004, President Gerald Ford wanted to sign the bill into law but was counseled into vetoing it because of concerns about leaks, and legal arguments that the amendments to the FOIA were unconstitutional. The people who counseled him into the veto were, his chief of staff Donal Rumsfeld and deputy staff coordinator Richard Cheney, and the legal arguments came from Antonin Scalia. Congress overrode President Ford’s veto (House of Representatives: 371 to 31; Senate: 65 to 27) and those amendments became critical parts of the FOIA.

The Freedom of Information Act is one of the most important pieces of legislation we have today. In order to keep information accessible, it is important not to add undue regulations and burdens to the acquisition of information. It is crucial not to legislate in favor of those obscuring the truth instead of those exposing the truth. To stand with journalists, academics, government accountability groups, researchers, historians, and the preservation of an informed electorate, you must speak out against rule changes to the FOIA that would restrict the direct flow of information to the citizens of the United States.

Consider making your voice heard by contacting Department of the Interior, FOIA Policy Office. For uninterested in emailing, writing a letter, sending a fax, or making a call – the Department of the Interior is also on social media (though it is more geared towards pictures of national parks than the FOIA). Still, you could reach them on Facebook, Twitter, Tumblr, and Instagram. Tell them you are paying attention to what’s going on. Tell them to make it easier to get information, not harder. Tell them you stand with journalists, academics, historians, and everyone else in favor of an informed electorate, and they should too.