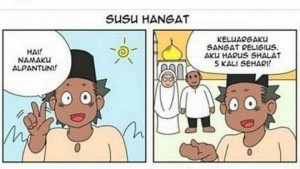 This week, Instagram account @Alpantuni, which posted comics about a gay Muslim character in Indonesia, disappeared to the dismay of its 6,000 followers. The government in Indonesia was quick to take credit, claiming they had reached out to the social media Instagram and requested the comics be removed for “pornographic content.” According to BBC, Instagram says this is a false narrative – that the Government did reach out to them, but they found the account did not violate their guidelines and policies so they were not involved in its disappearance.

BBC says that local Indonesian media is reporting that the communications ministry had threatened to block the entire social media platform, Instagram if the account was not removed. The ministry also claimed that the Indonesian public helped by repeatedly reporting the account, “to speed up the takedown process.” Homosexuality isn’t illegal in most of the country – there is one province in which it is – but in recent years, treatment of the LGBTQIA community in the country has deteriorated. 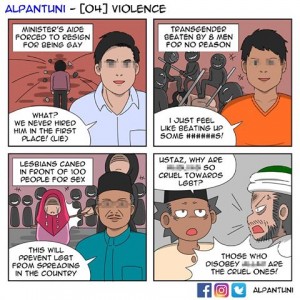 “By falsely boasting of Instagram’s removal of a harmless account at their demand, the government has misled the public to sow fear among LGBTI people. At a time when LGBTI people in the country face routine repression… it’s vital that social media remain a safe space for anyone to peacefully express themselves.” 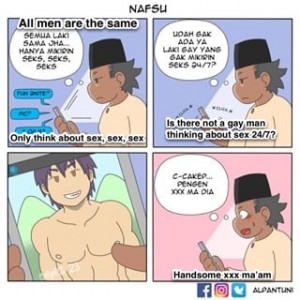 Google translated with edits for readability

@Alpantuni’s comics were based around real-life experiences about the LGBTQIA in Indonesia. Everything from addressing the harassment and cruelty LGBTQIA people face, or just simple four-panel jokes about being a gay man in the modern era. The BBC claims, @Alpantuni likely had other social media, that has also disappeared, lending credence to claims from Instagram that the creator of the cartoons may have deleted the account. If that were the case, it’d be impossible to know whether that action stemmed from government or societal pressure. 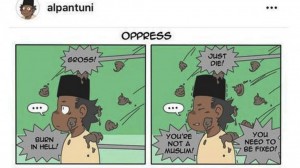 It’s impossible to know if Instagram or Indonesia are telling the truth about their involvement or lack thereof. What is clear, is that as more and more of people’s lives are increasingly lived online, the power that tech companies wield, and governments that place prejudice restrictions on the internet, create a terrible Venn diagram where vulnerable artists and creators can be silenced not just for what they are speaking about, but who is doing the speaking.

Stay up to date on this story, and others like it, by subscribing to CBLDF’s weekly newsletter. It delivers news items about censorship, the First Amendment, and book bans around the country. Plus subscribers often discover new rewards for CBLDF supporters first!