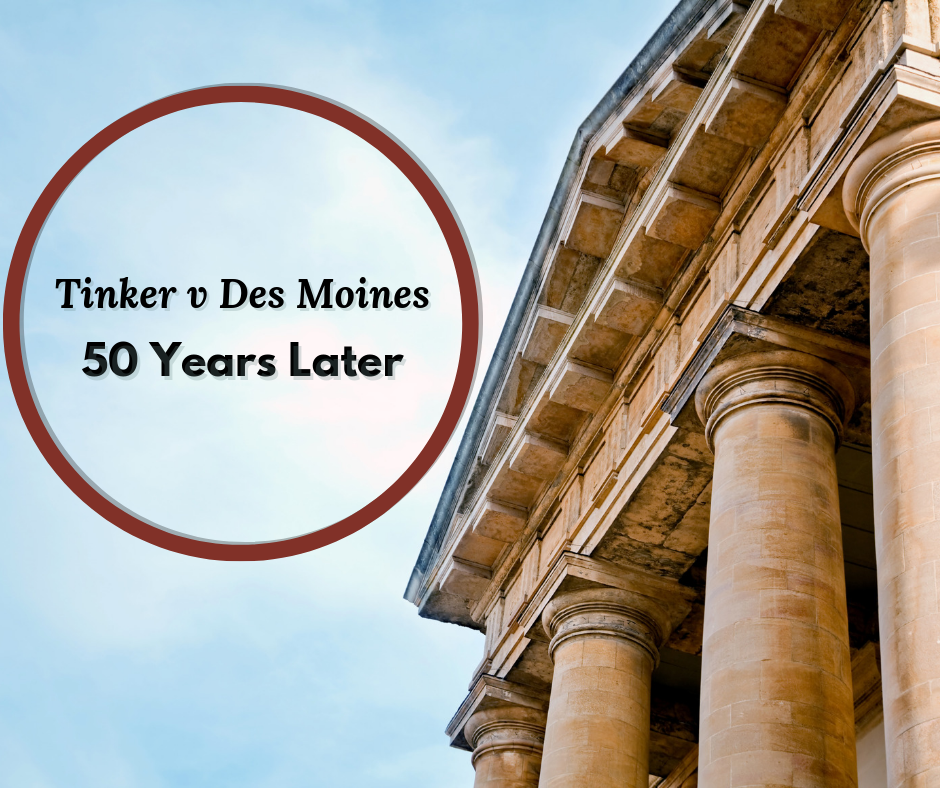 In recent months, free speech within schools has come to the forefront as districts abandoned their own policies for reviewing educational materials; efforts to ban books have increased; and, in one instance, a student was arrested after refusing to recite the pledge of allegiance in class. February marked the 50th anniversary of the United States Supreme Court’s decision in Tinker v. Des Moines Independent Community School District¸ a seminal case addressing students’ First Amendment rights.

Although Tinker established certain instances of protected student speech, the primary post-Tinker decisions have focused on distinguishing and differentiating the facts and motivations for restricting student speech. Arguably, the results have been an erosion of the parameters of Tinker and the narrowing of First Amendment protections in the school setting. Had the banner in Morse contained a political viewpoint such as “Legalize Bong Hits,” the Court may have been forced to undertake a much different analysis. While the Court has professed a continuing recognition that schools may not prohibit speech on the basis of viewpoint, the reasoning of these decisions have, so far, tended to support Justice Black’s dissent in Tinker that the First Amendment does not require “elected school officials to surrender control of the American public school system to public school students” and that “taxpayers send children to school on the premise that at their age they need to learn, not teach.”