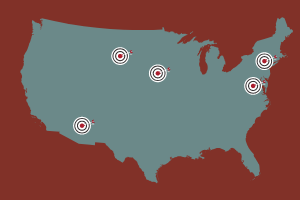 Earlier this week, CBLDF informed readers about one of three bills in Florida aimed at destroying the tyrannical rule of facts in science class. Now, the Washington Post republished an Associated Press article examining similar legislation in states all across the country. It is not simply enough to stand by and collectively shake our heads. If you live in one of these states, you must stand up and tell your representatives that you do not wish them to destroy the educational standards for generations to come.

Education stands as the greatest tool to ensure our democracy. The better we prepare each generation of students to succeed in the world, the more likely they will be the ones to vote intelligently, make groundbreaking scientific discoveries that save lives, grasp the weight of their civic responsibility and positively alter the role of government. With the right preparation, their potential is endless. With the wrong preparation, we further the worst of our current situation for decades to come.

Please reach out to your local state legislature and let them know this isn’t acceptable. To find out more information about reaching your own representatives, click on your state at the following website: https://www.congress.gov/state-legislature-websites. Please speak up and be heard! Too often local politics is ignored in favor of national, and critical things are very often decided on the state level. If you want your children, your nieces and nephews, your grandchildren, and your friends’ children to receive the best education available to them – you must speak up!

For those that wonder what this has to do with comics, let’s just say – if this is what these people want to do with science, imagine how if they are given their way, how they’ll handle art too often viewed as “low-value” in the classrooms? We must stop this trend in legislation before it goes any further.