Sadly WonderCon is over, but it was another great year at the Anaheim convention, and we want to thank all the creators and contributors who made it so successful! Check out the pictures below to get a glimpse of all the fun, learn about the new programming that was offered, and get the link to purchase your own copy of the CBLDF exclusive variants of Lumberjanes: The Infernal Compass signed by Lilah Sturges and  Rick & Morty vs. Dungeons & Dragons – triple signed by Patrick Rothfuss, Sara Richard, and Jim Zub! 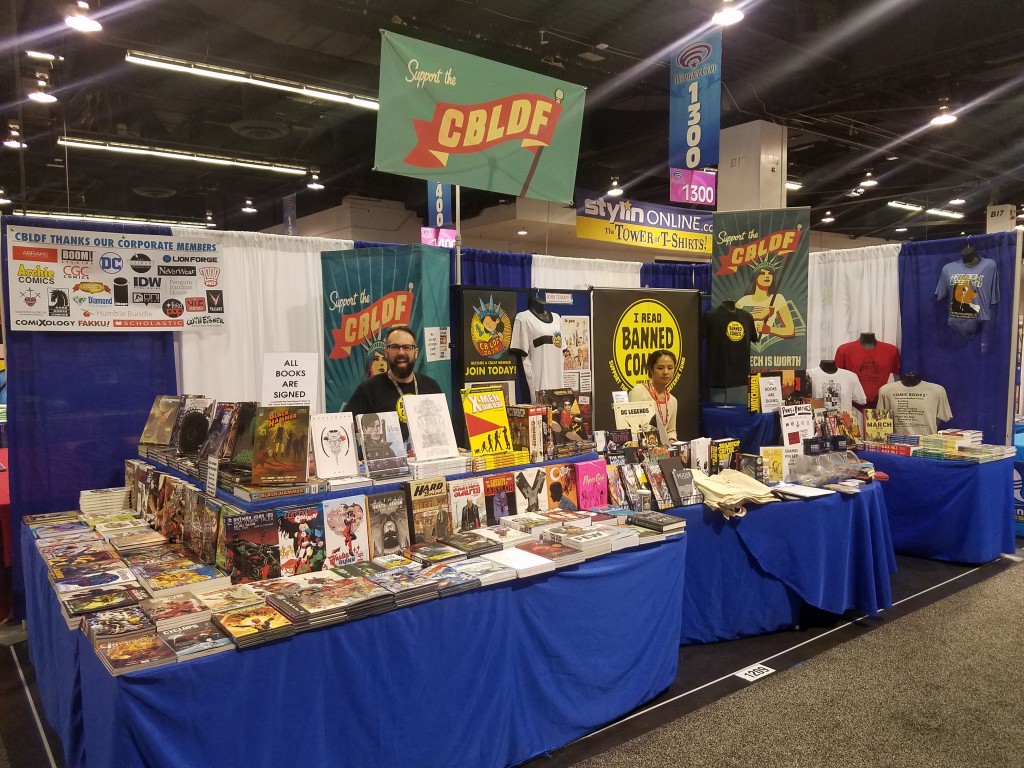 CBLDF’s Booth was the spot to be for comics lovers and free speech advocates! With a huge selection of killer rewards, and signings with top comics creators, it was definitely one of the best booths to keep an eye on throughout the convention. 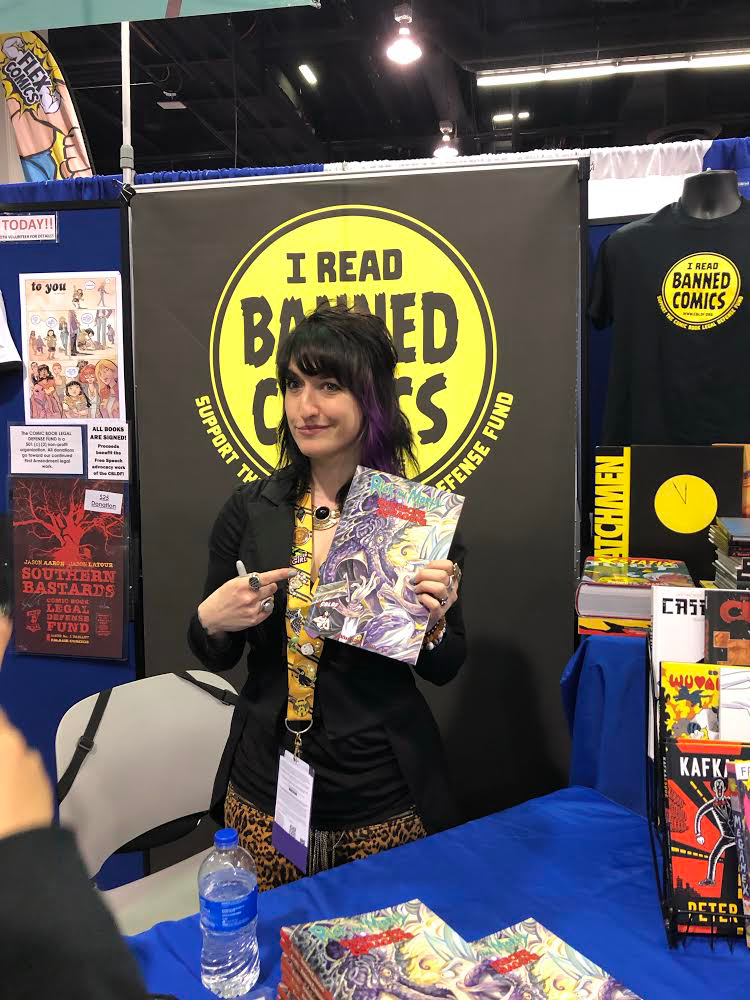 The convention started off Friday morning with Sara Richard dropping by to sign copies of CBLDF’s variant cover for Rick & Morty vs Dungeons & Dragons (of which she crafted the beautiful cover). A million thanks to Sara for coming out and supporting the fight for free expression! 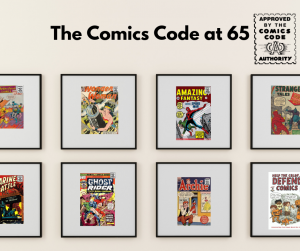 The Comics Code at 65

CBLDF Executive Director, Charles Brownstein offered a deep dive on the confluence of circumstances that led to the creation, reign and collapse of one of the most influential organization in modern comics history.  Sixty-five years ago, comics were put on trial in a nationally televised Senate subcommittee hearing that had shattering repercussions for this great American art form. The Comic Book Legal Defense Fund presents the shocking history of moral panic that led to this historic hearing and the birth of the Comics Code Authority, which regulated the medium’s content for more than 50 years. 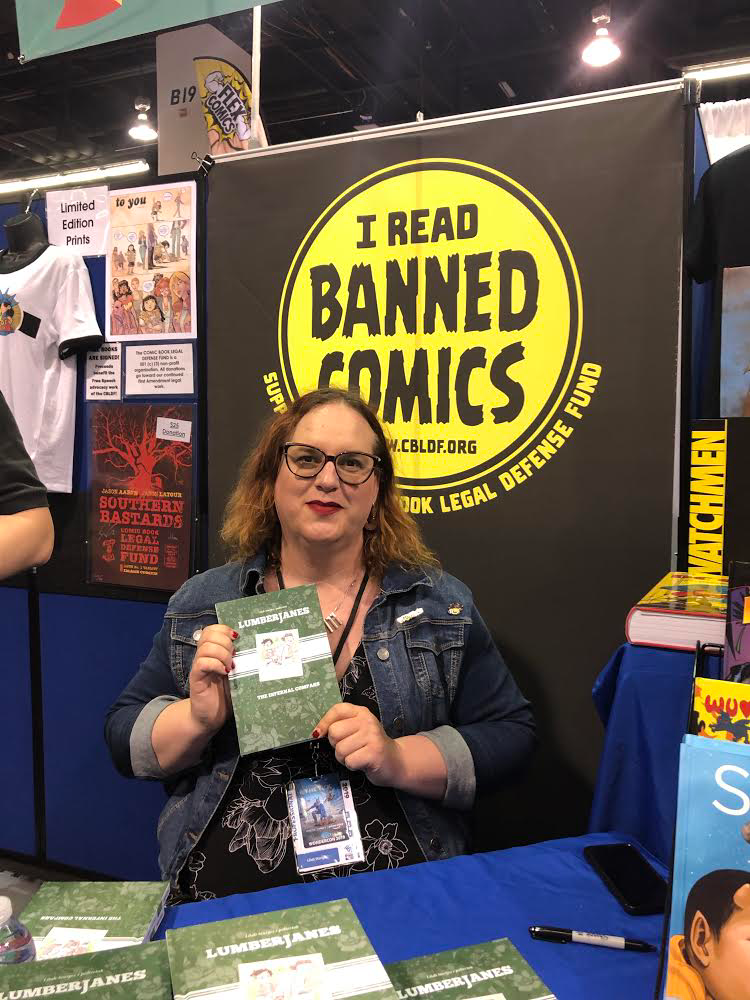 The amazing Lilah Sturges dropped by on Saturday to sign the CBLDF variant Lumberjanes: The Infernal Compass, the first original graphic novel from the series to sell more than 1,00,000 copies worldwide! Many, many thanks to Lilah for coming out to meet fans, sign books, and show her support for the fight for free expression! 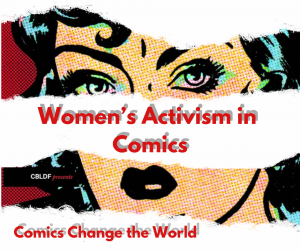 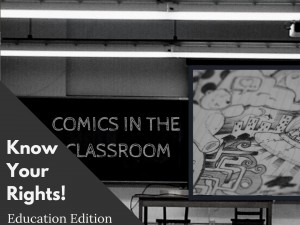 On Sunday, Banned Books Week Coordinator, Betsy Gomez, with a panel of experts, illuminated the First Amendment rights in a school setting. In a world with increasing challenges to students’ expression and instructional materials, understanding how to defend one’s own rights and the rights of those around them is critical. This panel offered real-world tips to resolve situations. 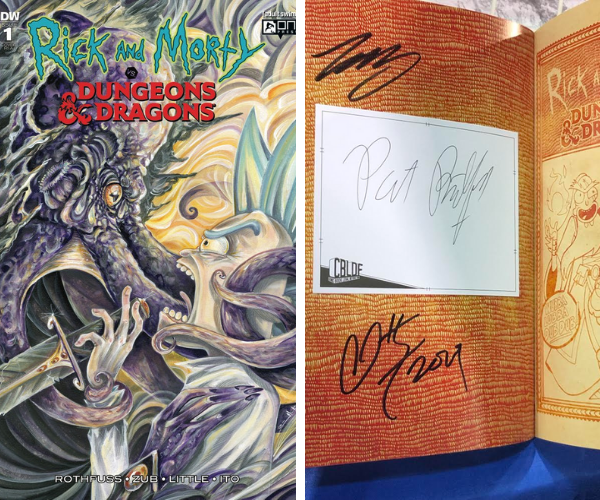 #1 New York Times-bestselling fantasy author Patrick Rothfuss, acclaimed comics writer Jim Zub, and Eisner-nominated artist Troy Little bring you the comics crossover of the year! You’ve got to (bellllch!) roll for initiative, Morty! Two pop culture juggernauts are teaming up and neither multiverse is prepared for what comes next! When Morty sees a cute girl at school playing Dungeons & Dragons, he asks Rick to show him the ropes, only to discover that his grandfather is a veteran gamer. Next thing he knows, the entire family has been pulled into a campaign that escalates from virtual D&D simulations to alternate universes governed by the rules of the game. And as it turns out, Rick isn’t the only one who knows his way around a d20. Get it now! 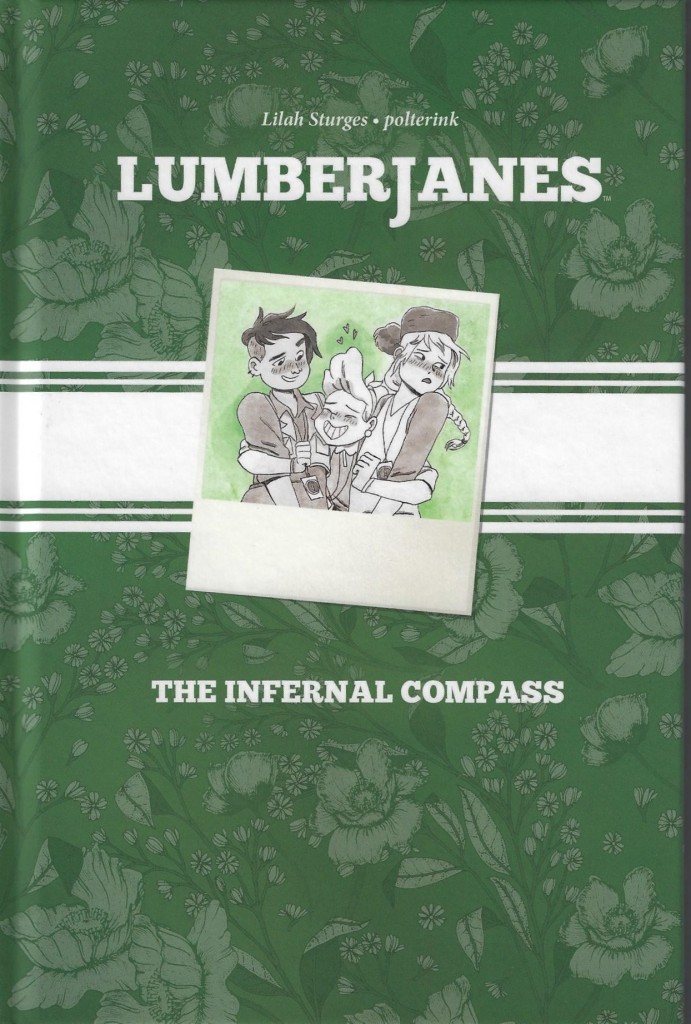 Eisner Award-nominated writer Lilah Sturges ( Fables, Thor: Season One ) teams with artist polterink ( Enough Space for Everyone Else ) for the first Lumberjanes graphic novel in a story about finding your way and navigating life, love, and a literal forest. When the Janes start to become separated during an orienteering outing thanks to a mysterious compass, Molly becomes more and more insecure about the effect of her relationship with Mal on the other girls. Meanwhile, a lonely woman explorer is trying to steal the compass, with the help of some weirdly polite automaton butlers. Get it now!

Support CBLDF on the frontlines of the fight for free expression! To get exclusive access to events and merch, become a member today!