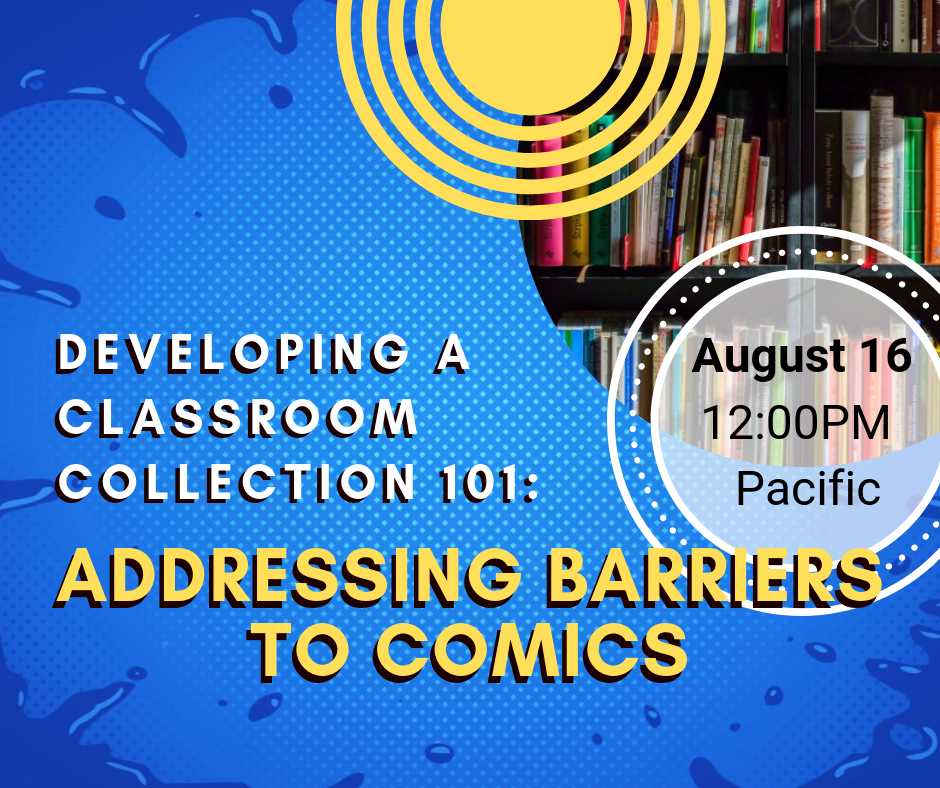 Do you want to develop a comics and graphic novel collection for your classroom or library, but don’t know where to start? Do you need help expanding an existing collection? Even though comics are an increasingly popular format, their benefits are still misunderstood by many administrators and decision-makers, and often these misunderstandings create hurdles for teachers and librarians wanting to develop a graphic novel collection for their classroom or library.  Join CBLDF and a panel of comics creators and educators to learn how you can navigate the challenges associated with developing and curating a comics collection, including ways to address enduring stigmas about the pedagogical validity of the medium and challenges to the visual components of the medium. This webinar will offer practical advice, strategies, and resources to help you advocate the value of comics in educational settings and overcome barriers to using this incredible medium! Register for this webinar here.

Nora Flanagan has been a member of the English faculty at Northside College Prep High School since 2008; before joining Northside, she taught for ten years at Lane Tech College Prep. She attended the University of Illinois at Chicago — twice — and is a lifelong resident of Chicago. (South Side!) Mrs. Flanagan enjoys ultra-modern literature, sushi, zombie cinema, sewing, roller derby and a strong cup of coffee. 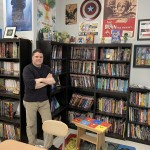 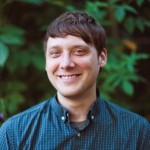 Aron Nels Steinke is a cartoonist and elementary school teacher. He began making comics in 2006 with the help of a grant from the Xeric Foundation and never stopped. In 2015 he and his wife Ariel Cohn won the Best Publication for Early Readers Eisner Award for their book The Zoo Box (First Second Books). Mr. Wolf’s Class (Scholastic/Graphix) is his newest book series following the adventures of a class of anthropomorphs and their teacher who just so happens to be a wolf. The first book was a New York Time’s Editor’s Choice selection. The second book in the series Mystery Club is out now! Book 3 Lucky Stars will publish on September 3, 2019. 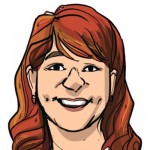 ← Time is Running Out to Take CBLDF Survey and Win Comics!
Adding Lumberjanes: The Infernal Compass To Your Library or Classroom Collection →