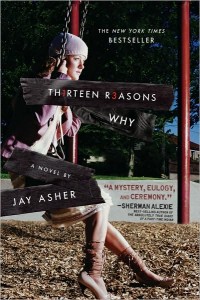 The Westwood Regional School District’s board will be meeting this Thursday, July 25, and decide the fate of three YA books that have been challenged by a group of parents claiming the works could do “irrevocable harm” if not pulled from the middle school. The books challenged include Todd Strasser’s Boot Camp and Can’t Get There From Here, as well as Jay Asher’s Thirteen Reasons Why. None of the titles are required reading but are available for what the school calls “student choice” as part of their Reading Workshop. A committee to evaluate the books led by the Principal has already met and given their recommendation to the board to retain the books, but the school board didn’t feel that was enough to go on and decided to read the books on their own.

The Opposition Says it Isn’t About Banning Books

One of the parents who has been vocal about the removal of these books is Michelle Sembler, who has told the Pascack Press that “she’s not opposed to difficult material being explored, just so long as it’s done under supervision, the material has been reviewed for the curriculum, and parents are informed.” But it seems like she doesn’t think that fiction is the way to explore difficult subjects, she’s quoted as saying, “each book is told from one point of view—the main character—in a fictional story. How is that educational? Anybody can write a book. I can write a book.”

Sembler told the local news that this isn’t about banning books, saying “We expect the school to maintain a certain level of childhood for our kids. This isn’t about censorship, banning books, or who made a mistake, right or wrong: It’s about what’s best for our children,” she also suggested that the school offer permission slips for the Reading Workshop titles when a student selects one with mature content. 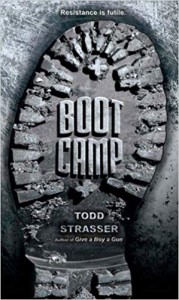 Sembler isn’t alone, Westwood Chief of Police, Michael Pontillo, has also been a vocal opponent to these books. Pontillo spoke at board meetings in April and June about the Strasser books available, called them “disturbing” and offered a laundry list of things that they expose children to, according to Pascack Press including (but not limited to) :

Pontillo claimed, “From an educational standpoint is there any difference in an unsupervised child reading a book or reading the same content over the internet? If the material is objectionable on a screen it’s still objectionable in print form.” Also asking whether there was proof that there would be positive results from showing children graphically violent and sexual material, and “If a district parent invited kids the age of their middle school children over and made available to them graphic sexual material, would the district find that acceptable? The answer should be a resounding no.”

Sember also commented that the committee’s recommendation on the books was “hard to take seriously” with Pascack Press characterizing her belief that the report was “deficient” and she was glad the board decided to take matters into their own hands. 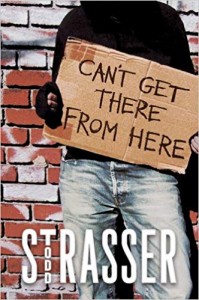 The two books were added after Todd Strasser came and spoke to the school, and Thirteen Reasons Why was made available after the school noticed a lot of kids bringing it from home to read. But the problems started when Sember reached out to Assistant Principal Kenneth Russo and asked the books be removed from a book sale. Pascack Press got a hold of the Assistant Principal’s reply and reports

the administrator said the books would stay, noting none are required reading and that “Students and parents have the option to avoid books they are not comfortable with. We believe it is the right of the parents to decide what is considered appropriate for their child in this regard.”

He said board policy supports the idea that students are exposed to controversial issues and opposing views on those issues.

He also said it would be a form of censorship to restrict access to the books over “discomfort with ideas or topics, rather than the students’ ability to understand the book.”

He offered to share “valuable literature on the subject” with Sembler and thanked her for reaching out.

Sometime after that, a committee of five was formed, including Principal Shelley LaForgia, who filed the official report on June 12th recommending retention of all three titles. From the Pascack Press article:

According to LaForgia in her report:

Now it’s up to the board to make the final decision, which is consistent with the school district’s policies, on Thursday, July 25, 2019. Parents interested in offering a counterpoint to the censoring of student’s choices should consider attending school board meetings, or even running for school board seats if they have the time and inclination. These positions often have the last word in what students can or cannot have access to while they are at school. There’s no way having more school board seats occupied across the country by active supporters of free expression could be anything but a boon for the students and intellectual freedom on a whole.

Stay tuned to CBLDF for updates to this story, or sign up for our weekly newsletter to have updates dropped off in your inbox.