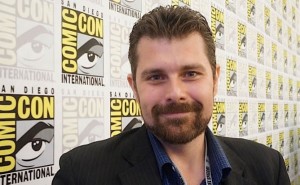 Earlier this month, Comic Book Legal Defense Fund’s Executive Director, Charles Brownstein sat down with Barry Lynn, host of Culture Shocks on KCAA, NBC News Radio for Southern California. From the Comics Code to the recent Walking Dead ban, Charles and Barry explore the state of censorship, as well as why comics are often the target of censors, and how comics are frequently on the cutting edge of social commentary. Listen here!

Brownstein speaks early in the episode about the correlation between moral panic, changing social norms, and the real lasting effect that controversial media has on children:

Censorship is always about control. And it’s always about either an individual or a group or a government agency exercising some form of control over other individuals or groups of people. And often times this corresponds to changing social norms in a way like we’re seeing right now with moral panic censorship about identity and about gender, and about sexuality. Censorship is a tool to exercise control upon others.

And the thing that I always see is, generally speaking, the kids are going to be fine. The First Amendment says that each individual has the right to make up their own minds about their own minds, and to make up their own minds about how their children’s minds develop. If a parent doesn’t want their kids accessing a certain kind of content fair play that’s their right as a parent. But what they don’t have the right to do is to take that choice away from other parents. And the truth of the matter is that values are durable and the values that kids are raised with can withstand seeing ideas that are contrary or divergent from those values in media. If anything it creates an opportunity to strengthen values through dialogue and understanding. But that’s a pretty nuanced approach to what is often times seen as ‘I’m uncomfortable by this larger trend so I’m going to attack it with this bludgeon of censorship.’

Brownstein’s segment is the first half of the episode, and the website offers several different options for listening to it for free. Check out the links below to see more information on the topics discussed after the episode, or follow along as you listen!

Get more info on: