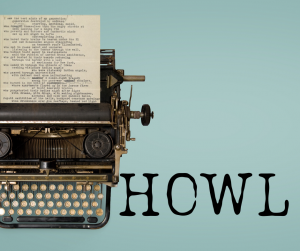 Allen Ginsburg’s generation-defining poem Howl recently caused a challenge in Steamboat Springs, Colorado. According to the local news, the original complaint was never released, but a second parent took up the challenge, speaking out against the poem at a September school board meeting, quoting “who let themselves be f*** in the a** by saintly motorcyclists and scream with joy” while demanding to know “who’s in charge?” Director of teaching and learning for the Steamboat Springs School District, Jay Hamric, said in a rather understated aside to local news, “From its inception, [Howl] was a controversial piece of material.”

In 1957, it was not Ginsberg, but Lawrence Ferlinghetti, publisher of Howl and owner of San Francisco’s iconic City Lights Bookstore who featured in one of the most famous censorship court cases in American history. After the U.S. Customs released copies of Howl imported from its second printing in the U.K., Ferlinghetti was arrested by San Francisco police, along with his partner, Shigeyoshi Murao, who managed City Lights and had sold a copy of Howl to two undercover policemen. The subsequent trial gave the Beat Generation a name all across the country as the defense brought writers, academics, and other experts to the stand to all exclaim the virtues of the poem, as well as the important social messages held within.

Sixty-two years later, Howl still garners the initial visceral dislike by some that made it a subversive success for so many generations. In James Sederberg’s historical essay, The Howl Obscenity Trial, Sederberg nails down the appeal that this poem has had over so many for so long:

“Howl” is a rage against conformity, inhibition, censorship, puritanism, and everything else that restricts and limits the realization of one’s true self. It is both a howl of defeat from a living hell and a howl of defiant laughter.

If that doesn’t explain why teenagers have been drawn to this poem and the Beat Generation since the late 1950s, than nothing will.
The Judge in the People of the State of California v. Lawrence Ferlinghetti, Clayton Horn, never published his opinion, but famously dismissed the case against Murao, and found Ferlinghetti not guilty in a landmark decision that changed the way that obscenity was judged in the future. The full decision can now be read at FIRE’s Free Speech Library, but a small section offers this wisdom:

There are a number of words used in “Howl” that are presently considered coarse and vulgar in some circles of the community; in other circles such words are in everyday use. It would be unrealistic to deny these facts. The author of “Howl” has used those words because he believed that his portrayal required them as being in character. The People state that it is not necessary to use such words and that others would be more palatable to good taste. The answer is that life is not encased in one formula whereby everyone acts the same or conforms to a particular pattern. No two persons think alike; we were all made from the same mold but in different patterns. Would there be any freedom of press or speech if one must reduce his vocabulary to vapid innocuous euphemism? An author should be real in treating his subject and be allowed to express his thoughts and ideas in his own words.

In the end, Steamboat Springs followed their internal policies to the challenge and the committee came to the similar decision that Judge Horn did over sixty years ago, standing behind the important poem and explaining it a crucial piece of our Nation’s history, which has influenced everything from other authors, to art and music. According to the Steamboat Pilot

“There was quite a consensus,” Hamric said, among the review committee, that “Howl,” “has educational value and merit.”
“Howl” contains offensive language, Hamric acknowledged, and language that offends different people in different ways.
But at the same time, “some of the best learning experiences” come from being able to “talk about controversial issues in a safe learning environment, where a teacher can support safe conversation, and views can be expressed in a respectful, monitored way,” Hamric said.

Listen to an early recording of Allen Ginsberg Reading his groundbreaking poem Howl.

Horrified that a bookseller was arrested for selling a poem? Know Your Rights with CBLDF’S Retail Webinar Series! Learn more at http://cbldf.org/librarian-tools/educator-librarian-webinar-series/.