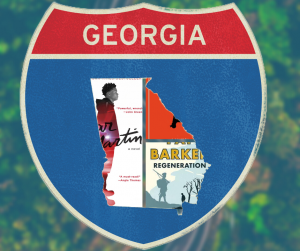 Last week CBLDF joined with other partners in Kids’ Right to Read Project (KRRP), writing to Columbia County Superintendent Dr. Sandra Carraway in Georgia to express concern over three books pulled from their supplemental curriculum: Dear Martin by Nic Stone, The Curious Incident of the Dog in the Night-Time by Mark Haddon, and Pat Barker’s Regeneration. The Superintendent has told the local news that she was shocked by the “firestorm” in response to her actions, also stating that they haven’t banned the books, because students can still check them out of the library and read them in their own time. However, as the KRRP letter explains, the three books that were pulled focus on modern issues facing communities, and to pull them for “decontextualized references to sex, violence, and profanity” represents an insidious type of viewpoint discrimination that violates students’ intellectual freedom.

According to the letter, Columbia County received the full list of 17 books recommended for supplemental reading last spring. Then, the first day of school for this new year, the teachers were asked to go through the recommended titles and highlight passages that contain profanity, violence, and sexual scenes. It was based on these cherry-picked moments from these three critically acclaimed books that the Superintendent made her decision that they were inappropriate, which the Supreme Court has stated doesn’t properly reflect a work of literature, which must be taken as a whole.

Mild references to sex or violence may seem gratuitous and “inappropriate” unless placed in their proper context. For instance, in ​“The​ ​Curious Incident of the Dog in the Night-Time” –​ which won the Guardian Children’s Fiction Prize — a 15-year old autistic teen narrates his investigation of his neighbor’s dog’s murder for a school project. The ​Gainesville Times​ calls the story “enlightening both in that it offers a point of view we don’t often see, and that it makes the reader question the true meanings of reason and emotion.”

Nic Stone’s ​Dear Martin​ “could be a news story any day in America,” according to a ​Common Sense Media​ review, which strongly recommends the “endearing and painfully realistic” novel to teens. Indeed, “D​ear Martin”​ tells the story of a black teen who, after being profiled and shot by police, documents his struggles with the harsh reality of racism in America in a journal of letters to Martin Luther King, Jr. For many students in Columbia County and across the country, police shootings of unarmed black people is intimately familiar and the educational value of the question “what would Martin do?”​ is undeniable. ​Dear Martin​ speaks to many black teens’ experiences with racism and explores the different historical approaches to confronting racist violence, while offering words of affirmation and healing.

“Regeneration​,” the first novel in Pat Barker’s Booker Prize-winning trilogy, won the New York Times Book of the Year award for its exploration of war’s impact on notions of identity, masculinity and the social psyche. While set during World War I, “the war doesn’t feature much,” according to a ​Teen Ink ​book review, which recommends the novel for teens. Barker’s moving portrait of the human struggle to overcome the psychological traumas of war poses valuable questions about the consequences of violence and the power of empathy that can lead to deeper life lessons.

According to one local news story, KRRP’s letter is not alone in being distressed about the Superintendent’s decision. One parent brought copies of Dear Martin into the school for the students to read. Dear Martin’s author, Nic Stone is also planning a trip to Columbia County in the future. And Augusta Professor Andrew Kemp told the news channel that schools are the best place to have the difficult conversations that books like these can inspire.

These issues are in our society,” Professor Kemp said. “There are issues of systemic racism, bigotry, homophobia and in public people don’t talk about them. However, in a school, you have a controlled situation. You can control the conversation that will allow students to feel free to talk about issues that are important to them.

KRRP also sent policy guidelines to improve review procedure in the future. Check out the full letter below.

KRRP Letter to Columbia Cou… by Patricia Mastricolo on Scribd

Kids’ Right to Read Project is a National Coalition Against Censorship project co-sponsored by Comic Book Legal Defense Fund and American Booksellers for Free Expression. Other signatories to the letter include PEN America, The Authors Guild, and Society of Children’s Books Writers and Illustrators.