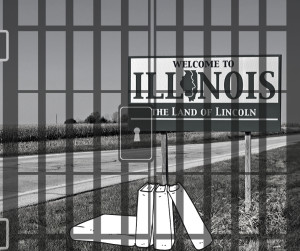 Following the removal of 200 “controversial” books from the Danville Prison library and the loud public outcry that followed, the Illinois Department of Corrections has issued a new policy for book review. This policy, which attempts to target the viewpoint discrimination which led to the last purge,  is an improvement from previous guidelines, but still leaves room for future censorship with vague language.

According to The Appeal the new language says, “Publications shall not be disapproved solely because its content is religious, philosophical, political, social or sexual content, or because the content is unpopular or repugnant,” but publications may still be prohibited if the reviewers think they are “detrimental to the security or good order of the facility,” “facilitate unauthorized organizational activity,” or “may be interpreted as legitimizing gang behavior.”
The language may seem standard for a correctional facility, but it takes on a charged racial tone when considering the 200 Books pulled from Danville Prison last year contained many titles on race that had been used in an educational setting, like Cornel West’s Race Matters and Henry Louis Gates Jr.’s Colored People: A Memoir. And as Elizabeth Weill-Greenberg points out for The Appeal, “Though Black people account for about 14 percent of the population in Illinois, they make up over half of prisoners in the state.”

Alan Mills, executive director of Uptown People’s Law Center, a nonprofit that works on with the under-privileged and incarcerated in the Chicago area, went of the record to voice concerns that, “the new rules contain vague, ill-defined standards.” The Appeal noted three recent cases where UPLC sued the Illinois Department of Corrections for instances involving censorship. One involved Heather Ann Thompson, author of Blood in the Water: The Attica Prison Uprising of 1971 and Its Legacy who’s Book was returned two of the three times she sent it to prisoners. Another involved some institutions banning publications from the nonprofit Human Rights Defense Center, who publish Prison Legal News. And the Chicago chapter of Black and Pink, a abolitionist group that supports LGBTQ+ Prisoners had mail restricted in some institutions too.