The 5 stories that follow are just some of 2019’s favorite public victories. CBLDF is lucky to be able to work with people privately to protect their job security if they fear retribution for speaking up, as well as to get involved in legal cases before they go to trial and offer resources and expertise which swiftly brings them to a close. Whether public or private, CBLDF could not do this without your generous support. By being a CBLDF member, donating at conventions, subscribing to our weekly newsletter, and sharing stories on social media, you help further the fight on the front lines of free expression. When you lend your voice to ours, we all sound stronger, and together there is nothing we can’t accomplish. So please enjoy these victories, and remember you are a part of each one too. 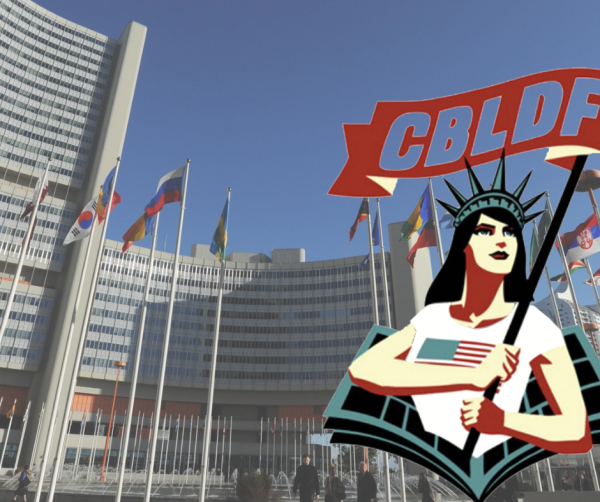 A United Nations agency tasked with expanding child protection circulated a draft of guidelines that included provisions targeting expressive content, including comics, prose, and other forms of artistic expression. If the draft had been passed as in it was it would have directly conflicted with protections in American guaranteed by the First Amendment. CBLDF submitted comments on the draft, applauding the UN’s efforts to protect children, but cautioning against encouraging governments to place new restrictions on freedom of expression. CBLDF’s comments helped inform a narrower set of guidelines that were more sensitive to content concerns. From the comments,

“Prosecuting expressive content in the ways described in these paragraphs would ultimately divert law enforcement resources away from protecting actual victims and towards prosecuting readers and distributors of expressive content who are not guilty of any child abuse crimes. Beyond the above voiced concerns, expanding the definition and prosecution of child pornography to include expressive works of art and writing endangers vast swaths of legitimate speech. Young adult fiction routinely addresses sexuality because it is a topic of immediate concern to young adult audiences. Memoirs by abuse survivors will often depict and describe the graphic details of abuse as an aspect of the healing process. Mainstream works of art and photography exist in a continuum of art history where the nude, including nude images of minors, are examined, depicted, and described. All of these legitimate areas of inquiry are endangered by the calls for government censorship contained in these Draft Guidelines, and the subsequent chilling effects of self-censorship that will result if laws are adopted as suggested.” 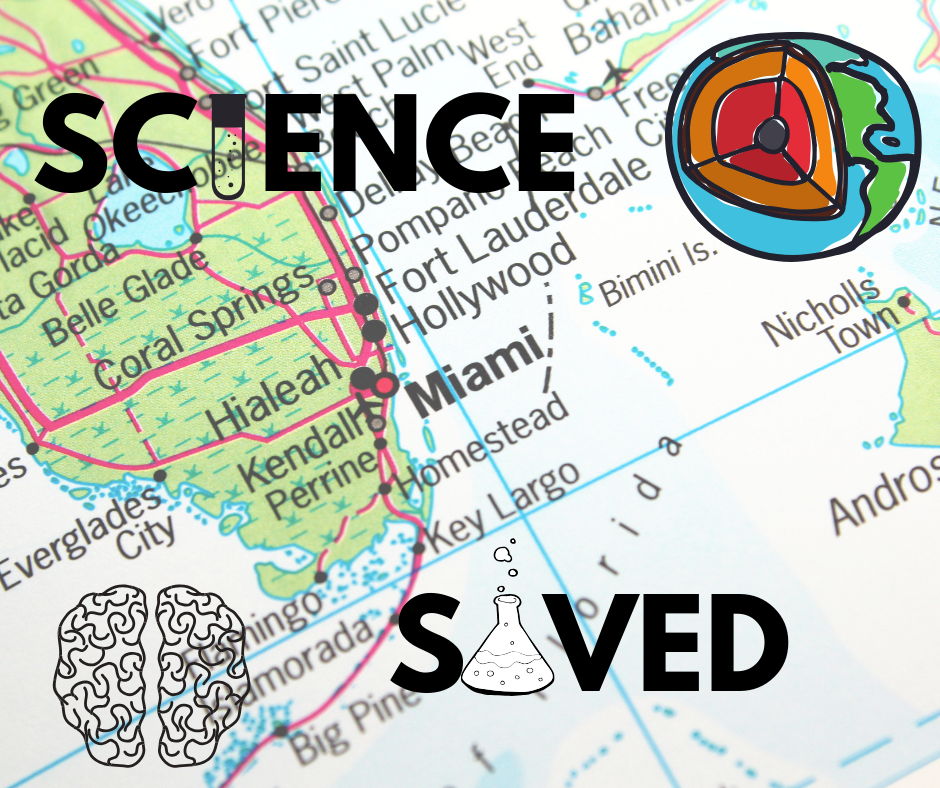 CBLDF was active in fighting a wave of anti-education bills in Vermont and Florida. CBLDF voiced opposition to the following bills, which are now all dead.

The proposed legislation in Florida was written by special interest group Florida Citizens Alliance, the group behind the successful law in 2017 that allowed any Florida resident to contest instructional materials, even if they have no ties to the school. That law was designed to bolster their supporters to create a multitude of challenges and get texts that didn’t match their mission removed, or at least mire the districts in long, drawn-out battles. When no books were successfully removed after that law passed, Florida Citizens Alliance wrote more legislation to fix their previous failure.
 Florida’s HB 855 & SB 1454 attempted to expand the definition of “harmful to minors” to include any sexual content regardless of academic or artistic merit. The bill would have criminalized the teach- ing of countless major works. Any citizen of Florida would have been able to sue for an injunction to prohibit works from being taught until a court decided their appropriateness for education.
 Florida’s SB 330 would have watered down science education throughout the state in the guise of offering “balanced” opinions instead of proven scientific theory.
 Florida’s HB 195 would have required schools to offer Bible study classes.
To see a timeline of Florida Citizen’s Alliance, check out: http://cbldf.org/2019/05/florida-anti-education-legislation-dead/ 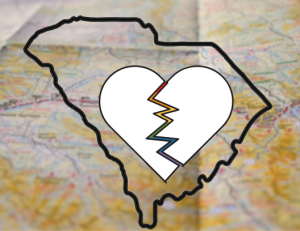 CBLDF leads the fight against the rising trend of identity censorship, in which books and speakers are targeted based on the identity of the author or characters in a book. LGBTQ+ content is the most frequent target of this divisive and dangerous censorship. In 2019, CBLDF fought this trend extensively and with your support, will continue to stand against the face of bias and bigotry in 2020!

The American Library Association’s annual list of the most frequently challenged and banned books shows a clear pattern in recent years of an increase of incidents targeting LGBTQ+ authors and books. This year CBLDF fought challenges for Fun Home, Pride: Harvey Milk & The Rainbow Flag, Lily & Duncan, I Am Jazz, George, and My Brother’s Husband by providing resources, letters of support, and substantive aid. 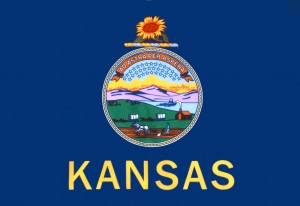 The Andover Public Library board of directors voted – almost unanimously – to protect the rights of their patrons regardless of age. This is the conclusion of a challenge to remove LGBTQIA kid books, Lily & Duncan, I Am Jazz, George by Alex Gino, from the kids’ section and re-shelve them with adult books. According to one library board member, the patron’s challenge accused the books of being part of the “sexual revolution agenda, indoctrination of children” because the protagonists in the books challenged are transgender.

During the challenge, I am Jazz was moved from the picture books to the nonfiction section, with other books concerning “institutions pertaining to relations of the sexes” according to its Dewey Decimal system number. To some, this may not sound like a big deal, but making it more difficult to find books like I am Jazz deprives kids who might connect with the character or book from a chance to discover it on their own, and children familiar with the book who are old enough to be cognizant of what is going on will equate something wrong with the book and maybe themselves if they identify with its protagonist. From the CBLDF Kids Right to Read Letter, 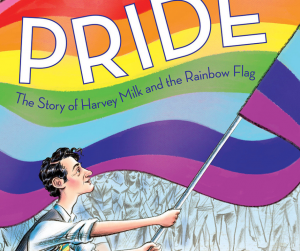 A principal in Virginia disavowed a teacher’s use of the popular picture book, Pride: The Story of Harvey Milk and the Rainbow Flag after a parent complained via local news the book “caused her [daughter] to question her faith, it caused her to know what homosexuality is.” The principal wrote to the parents of every second grader in the class where the book was read and explained the teacher had not gotten pre-approval for the book, which has become one of the common excuse in recent years that schools hide behind instead of standing behind their educators. CBLDF as sponsors of Kids’ Right to Read Project, wrote to support the educator and their choice of book, as well as urge the district to add this important book to their regular curriculum.

In this Virginia school district teachers are only required to get pre-approval for work which is controversial. Pride doesn’t contain any violence or sexual imagery and is only controversial if you see the existence of the LGBTQ+ community as controversial. From CBLDF’s letter,

If you want a positive take away from what feels like constant challenges to Alison Bechdel’s Fun Home the last few years, know that these wouldn’t happen if the graphic memoir hadn’t broken into the mainstream and become a regular resource that educators rely on. Each challenge can be disheartening until you remember that means Fun Home is being taught, and read, and discussed, and the world is better for it.

In New Jersey, a lawsuit was brought against school district employees in Watchung Hills about the inclusion of Fun Home almost exactly a year after the memoir had been retained after parental challenges to the choice. The lawsuit alleged if the graphic novel wasn’t removed, “minors will suffer irreparable harm and that New Jersey statutes will be violated.” The plaintiffs asked the judge to immediately remove the comic, but the judge denied the request saying, “if the plaintiffs were so concerned about the contents of Fun Home, this application could have been brought months- if not a year sooner.”

Fallon went on to point out that the Plaintiff’s complaint only met one part of the statute, which in the end was the point that the judge made too. Nudity and sex are not enough for something to be seen as obscene, the laws dictates that it “emits sensuality sufficient, in terms of the duration and impact of the depiction, to appeal to prurient interest” to qualify as obscenity. Which in layman’s terms means the material must create lustful feelings in order to qualify, and not only did the plaintiff not allege that their “expert” witnesses didn’t even mention it. In the end, State Superior Court Judge Margaret Goodzeit dismissed the lawsuit against Watching Hills New Jersey School District for offering the award-winning graphic memoir Fun Home as a reading choice. Further, the suit dismissal itself reads: “Order denying injunction and dismissing the complaint with prejudice for failure to state a claim.” Meaning that the plaintiffs can not re-litigate this lawsuit.

To fight identity censorship in your community, check out our free webinar featuring best-selling comics author Lilah Sturges at cbldf.org/webinars/