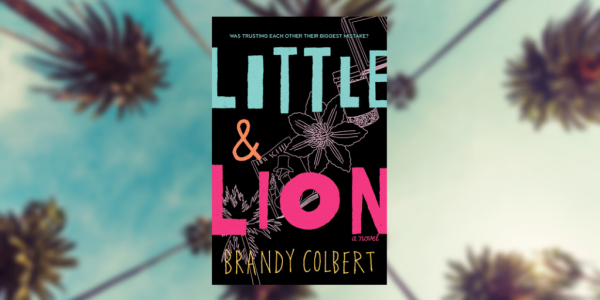 A few parents are clutching their pearls in West Palm Beach, Florida as they try to get Brandy Colbert’s Little & Lion banned from the district. Recently, the angry group of parents approached the school board for Palm Beach Central High School in Wellington to ask that the book be removed and were instead informed that their children could opt out of the reading, as is school district policy. Insisting that wasn’t good enough, these parents have approached the media, and plan on making a formal challenge, which according to School Board policy 8.1205, is the next step if the informal complaint doesn’t resolve the issue.  One parent told the Sun-Sentinel, “I don’t want this book to be available at all. I don’t think it should be in any school district.”

Little & Lion won the Stonewall Book Award, was named on YALSA’s 2018 Best Fiction for Young Adults list, Kirkus Reviews Best Books of 2017 – Teen Books, BuzzFeed 28 Best YA Books of 2017, and more. The book follows Suzette, just home from Boarding School, through LA contending with her brother’s bipolar disorder, falling for two different people at the same time, and bias and prejudice along the way. According to the starred Kirkus Review for the book, “Colbert sensitively confronts misconceptions about mental illness, bisexuality, and intersectional identity (“people have too many questions when you’re black and Jewish,” thinks Suzette).”
And Junior Library Guild warns that “sensitive areas” include:

Which is a far cry from what another parent, Nicholas Hasapoglou, told local news,

“It’s absolutely ridiculous. There’s foul language, the F word is in almost every page,” Hasapoglou said.
He says teenagers’ minds are like sponges, they’re impressionable and being assigned to read a book like this at school leads them to believe immoral behavior is okay.
“I just think it’s the complete wrong message that we’re sending our kids. I believe that the schools are taking out what’s good, what’s wholesome and true and they are replacing it with filth,” he said.

Little & Lion was the first title of fulfilling a grant the school district received to expand the reading choices for the students. As a book with main characters from diverse racial backgrounds, and different sexualities, this book is regularly commended on reflecting a wide variety of students’ own images and realities. Assistant Superintendent Diana Fedderman told the Sun-Sentinel that the books help reflect West Palm’s own diversity. “It is important to select books that feature characters who represent all of the students in our classrooms, and the books selected as part of the grant are part of the efforts in this goal,” Fedderman said
Another parent told the local news, “I do want it banned. Books like these can trigger traumatic emotions and memories. It’s ludicrous that the school district’s answer is that our children can leave the classroom. The answer is not to isolate our kids.”

But is the answer to isolate all the other kids? Fedderman pointed out to the news that the school district is very diverse racially, and LGBTQ+ stories can help reduce feelings of isolation which is critical in reducing the rate of self-harm, plus the book addresses mental illness which is still stigmatized by many. If isolation isn’t the answer, then books like Little & Lion should be welcomed with open arms because there is more than one way to isolate a student.