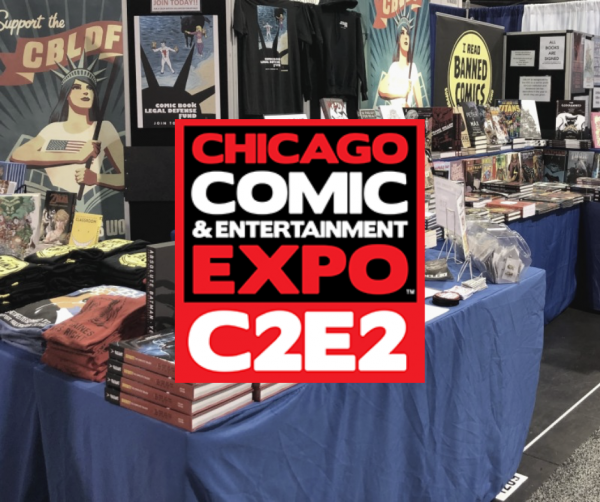 Comic Book Legal Defense Fund has lots of great stuff planned for the weekend, so make sure you stop by Booth #533 when you arrive. We’re bringing tons of great rewards for CBLDF supporters, including signed graphic novels from top comics creators, shirts and tote bags that show off your love of the First Amendment and comics, cool embroidered patches, must-have enamel pins, and more!

Everything CBLDF brings to C2E2 is available for a tax-deductible donation and goes to support the fight for free expression. Combat the recent trend of legislation criminalizing libraries, coordinated attacks on LGBTQ+ literature, and more when you donate to CBLDF. Join or renew your CBLDF membership at the comic convention this weekend and you will not only score Matt Wagner’s member art on exclusive merch but also help protect the comics community and beyond all year long.

Just because you’re not headed to Chicago for C2E2, doesn’t mean you need to miss out on great CBLDF merch! Head on over to the Reward Zone to get your pick of signed GNs and other great rewards!