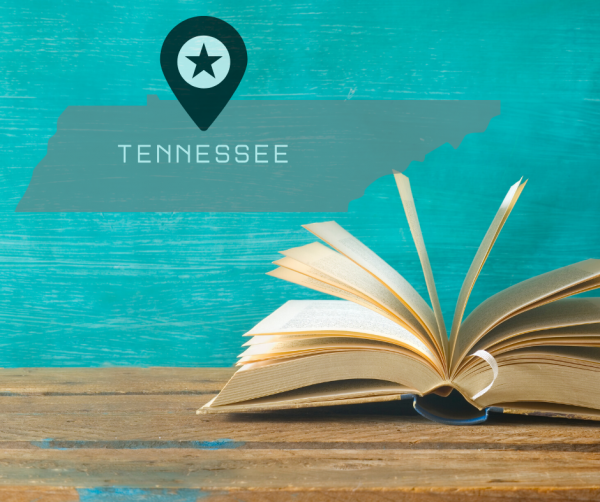 Dual legislation aimed at enacting a “parental library review board” was introduced in Tennessee. The suggested board would be an elected group of adult volunteers who would decide to move or remove books they deemed to contain “age-inappropriate sexual material.” Senate Bill 2896 along with its mirror, House Bill 2721 are very similar to recent legislation proposed by Rep. Ben Baker in Missouri. As with the Missouri bill, libraries would lose funding for noncompliance and librarians would be criminally charged for offering minors materials the board felt weren’t age-appropriate. Baker has claimed his bill isn’t to ban books, but to prevent events like Drag Queen Storytime.

Book Riot wrote in a recent article about the Tennessee legislation,

Many believe this bill specifically targets Drag Queen Storytime events at libraries, though according to quotes from Representative Bailey for the Herald-Citizen, the decision to bring simultaneous bills came from concerns “to certain groups using public buildings for things that some may find age inappropriate.” He admits it “could” mean Drag Queen Storytime or other groups. A Drag Queen Storytime in 2019 in Putnam County, Tennessee, drew protests and criticism, and bills like these would empower communities to disallow such events. The Putnam County event did not violate any of the library’s policies, and the event itself was not sponsored by the library.

These bills are part of a disturbing trend of biased overreactions to LGBTQ+ events held at public libraries. This past summer Leander, Texas, banned community use of the public library meeting rooms while simultaneously canceling a library-sponsored event, by best-selling trans comic book author Lilah Sturges, in a blatant act of discrimination.

Librarians study for years before they delve into collection development. But these people who will have absolute power that may not be appealed, are not determined by credentials, they are elected by a show of hands. There is no way this will go well. As evidenced by a recent article about Florida, some people equate the mention of same-sex love with sex. Some people will feel that comics and graphic novels have no “serious literary, artistic, political, or scientific value for minors” which our 2019 Comics in Education study shows isn’t true. No one knows what’s “age-appropriate” because some kids are reading Harry Potter at 6 and some kids stick with Green Eggs & Ham for a couple extra years. Neither of those kids are bad, or wrong, they are just individual humans — which is why there are already systems in place to deal with this sort of stuff.

Tennessee legislators have copied-and-pasted a bill that would formalize state-level censorship. This bill would empower a small group of people to act as morality police for entire communities and would punish libraries and librarians who act to safeguard the fundamental right to read. If this bill passes in Tennessee, we may expect to see additional copycat bills in states across the country. It is urgent that everyone concerned with our right to read speak out about this bill, right now.”

CBLDF recently stood up against the Missouri bill that these Tennessee bills were based on. As sponsors of Kids’ Right to Read Project, CBLDF wrote

The bill poses serious constitutional dangers by threatening to punish librarians for allowing minors to read constitutionally protected material that offends the personal morals of some individuals in the community. The bill proposes to restrict the freedom of librarians to exercise professional judgment in selecting books for their value to young people, which will result in a chilling effect and a grave violation of the First Amendment rights guaranteed to parents and children in the community.

The nearly identical Tennessee bills create the same dangers to the First Amendment. CBLDF will continue to monitor these proposed legislations and their repercussions.