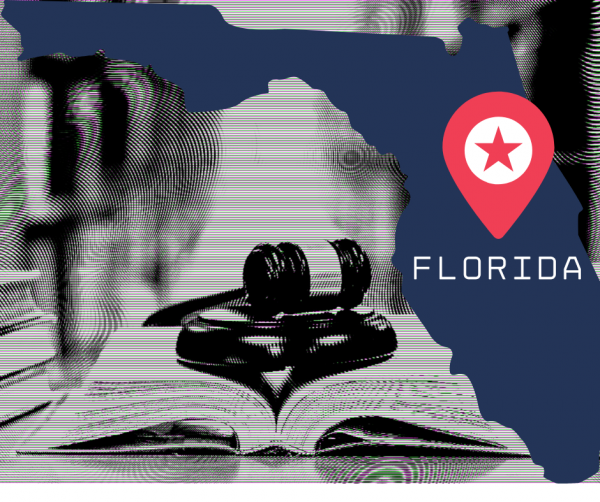 The Florida Senate failed to vote on the latest book banning legislation called the “Parents’ Bill of Rights” which effectively kills the bill unless they schedule more time for continued arguments and a vote. Senator Kelli Stargel told the press “I think there’s not a will to do it this year. I don’t think they want to publicly admit that because it’s called ‘parental rights.’ ” This was the latest piece of legislation backed by special interest group Florida Citizens Alliance, who previously succeeded in passing a law allowing any community member to challenge books in schools, regardless of having ties to the students affected.

The Parents’ Bill of Rights focus is “a fundamental right of parents to direct the upbringing, education, and care” of their children, which it plans to protect with largely redundant legislation. The bill would make school districts responsible for creating and promoting policies to increase parental involvement. To that effect, the bill says school districts must have a way for parents to challenge educational texts and be notified in advanced of sex-ed lessons. As The Miami Herald points out, both of those pieces already exist in current law. Stargel has said that the bill doesn’t create new parental rights but emphasizes those already in statute and gathers them in one place.

Parents already enjoy the fundamental right to direct the upbringing of their children, but they don’t have any constitutional right to dictate how anyone else raises their children, which this bill would inevitably lead to. By emphasizing removing school books over having students opt out of assignments they are uncomfortable with, they are taking away the parental rights of everyone else in that class. The itemized medical aspects of the bill would prevent children from being treated without parental consent, would strip the First Amendment rights of students away, and endanger the lives of LGBTQ+, mentally ill, and sexually active minors who could no longer trust doctors or psychiatrists with treating them autonomously.

Opponents of the bill are “relieved” that the meeting cut-off before a vote could happen, right in the middle of Senator Gary Farmer voicing the many issues he found with the proposed bill. This was the second Florida Senate Rules Committee scheduled that didn’t end in a vote because of lack of time. According to The Herald,

Steve Vernon, who’s on the board of directors for the Florida Citizens Alliance, said after the meeting that he was “infuriated that they allowed [Farmer] to filibuster to the point where we can’t even get a vote.”

“They don’t care about parents’ rights. They believe government knows better than parents as to how to raise their kids,” he added.

There is still an identical piece of legislation alive in Florida’s House of Representatives, so there may be more to come. But for now parents in the Sunshine State will have to console themselves with the plain old Bill of Rights that protects everyone equally and which leads off with an apt reminder,

Congress shall make no law respecting an establishment of religion, or prohibiting the free exercise thereof; or abridging the freedom of speech, or of the press; or the right of the people peaceably to assemble, and to petition the government for a redress of grievances.

The FLCA has been training its members for years to bring frivolous challenges against textbooks in all 67 Florida counties.

Last year the managing director of FLCA, Keith Flaugh, told The Miami Herald , “I’ve been doing this for six years. And I’m more optimistic now than I’ve ever been.”