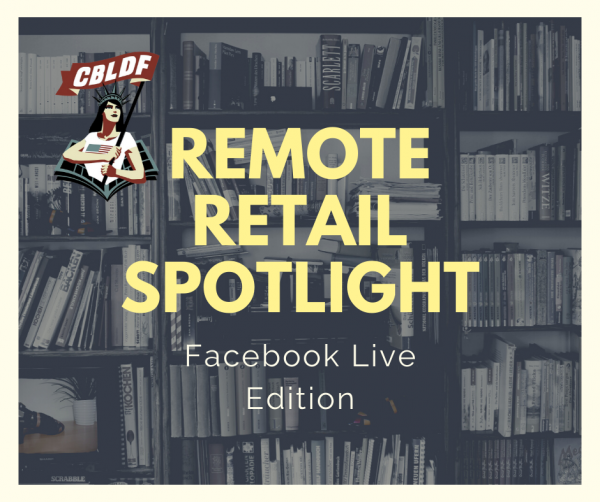 Mandatory shutdown orders are affecting retailers across the country. But that doesn’t mean you can’t still grab some new comics from your local comic shop! Where stores are closed, retailers are coming up with innovative ways to best serve their communities and get stories to the people that need them. Several stores are turning to Facebook to host live sales where customers can watch shop owners talk comics, buy something new, and have it shipped directly to their homes!

Check out a few of the CBLDF retailer stores that are hosting Facebook Live shows and plan your next virtual trip to a comic shop! To find more local comic shops who are still operating, head over to our Retailer Spotlight. 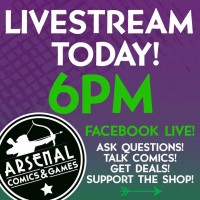 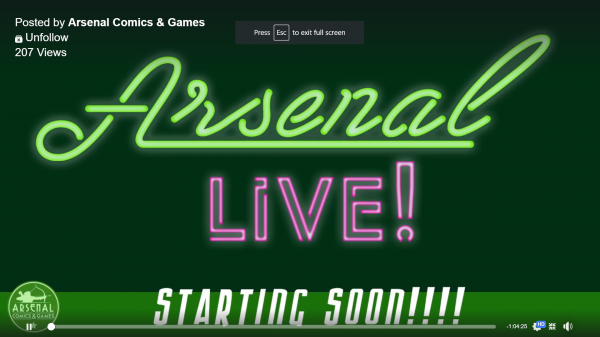 Arsenal Comics & Games has two stores in Ventura County, California. Since California has moved to a Shelter in Place order, Arsenal has started hosting Facebook Live Sales several days a week on the Comic Book Shopping Network, a Facebook group dedicated to Facebook Live comic sales. You can watch Arsenal on CBSN:

You also don’t want to miss their live talk show, Arsenal Live!, where shop owner Timmy talks all things comics, games, toys, and more! Arsenal Live! Comics are up for sale during the show and fans can also enter into raffles to win cool stuff like original sketch comic covers! 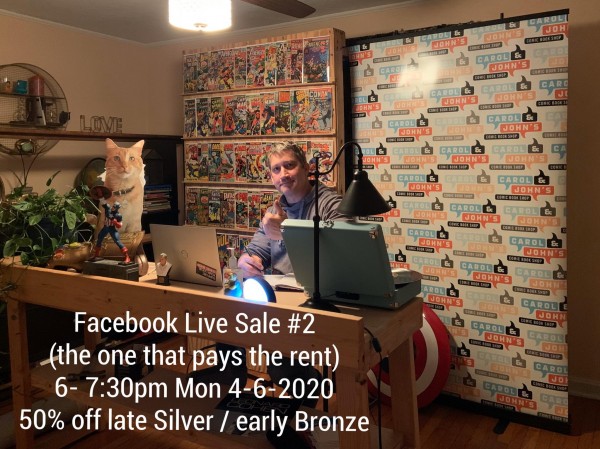 Carol & John’s Comic Shop has been serving the Cleveland area since 1990. Their Facebook Live sales go toward keeping their full-time employees paid during the crisis. The most recent live sale featured Silver and Golden Age comics, but there are more live sales to come! 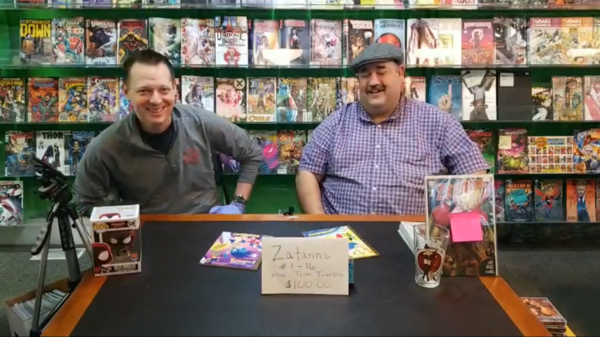 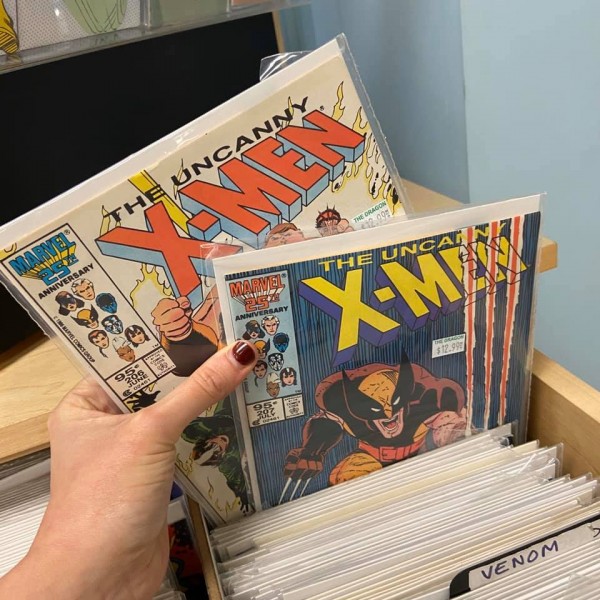 A Will Eisner Spirit of Comics Retailing Award winner, The Dragon has served their community since 1998. This week they’ve started daily Bin-Dive Facebook Live sales from 2-3 pm EST. They’ll be diving through their back issue bins to unearth hidden treasures that you can buy! 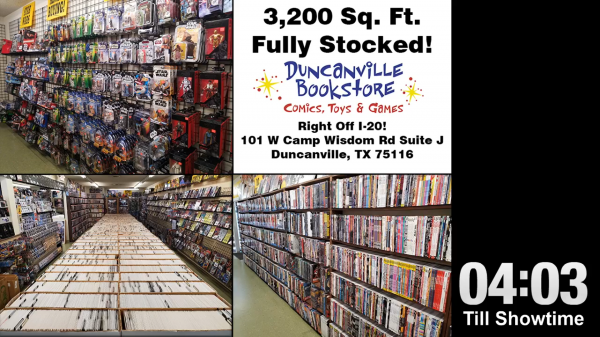 Opened in in 1968, Duncanville Bookstore has been getting stories to their community for over 50 years. You can catch their Facebook Live sales twice a week. Every Tuesday night starting at 7:30 pm CST, they host a New to You Comic sale focusing on newer comics. On Thursdays at 7:00 pm CST, you can buy from a variety of back issues, keys, graded books, $5 comics, and more! 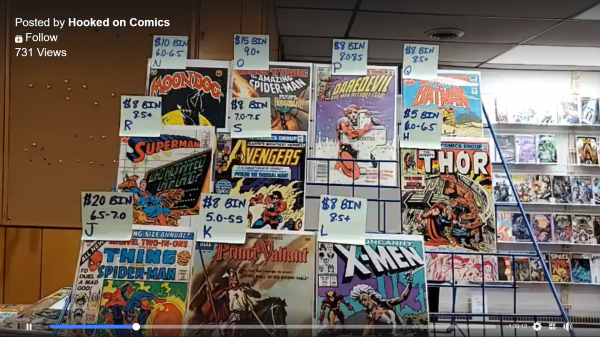 Hooked on Comics is a full service comic and hobby shop in Pennsylvania. You can catch them live on Tuesday and Saturday nights where they’re offering great deals on back issues and more. 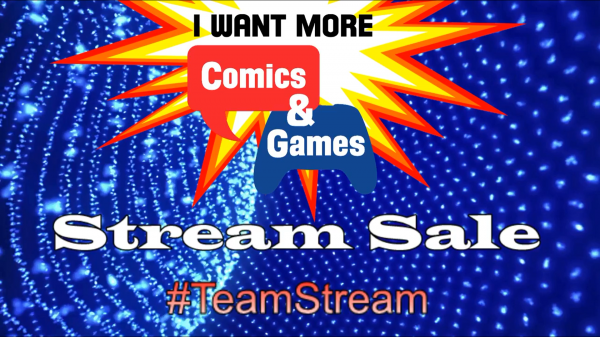 I Want More Comics & Games is a comic shop that also offers games and collectibles. Hang out with friends and look at comics through the safety of the Internet and the comfort of your home during their Wednesday night Stream Sales, 5:00 to 7:00 pm MDT! 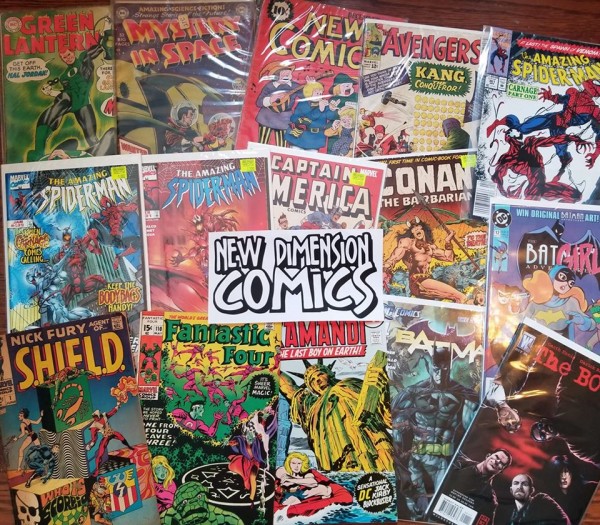 New Dimension Comics has 6 stores in the Pittsburgh area and has served their community for over 30 years. Stan “The Man” Lee has attested to their service. From their website:

“When it came time for me to sell items from Stan Lee Media, a pal recommended Todd McDevitt. The guy was like a superhero-buying tornado! Todd swooped in, evaluated my little treasures, made a great offer, paid promptly, and dragged them off to his secret lair.

Now pay attention! Here’s my message to you if you’re facing the nerve-wracking task of making the best decision about who to sell your comics to—simply take a deep breath and shout ‘Help me, Titanic Todd.’ then count the seconds till he heroically comes to the rescue!”

New Dimension Comics hosts several Facebook Live shows a week with some focused on back issues and others on card game packs and singles. Check out their Facebook page for upcoming shows! 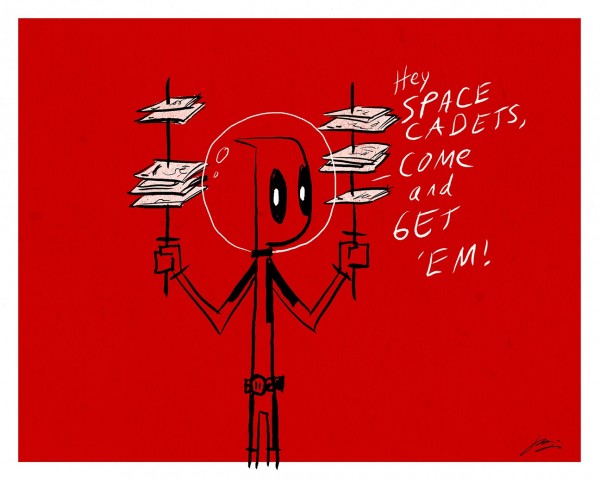 Space Cadets Collection Collection is one of the earliest shops to start selling comics on Facebook Live! They host several Facebook Live events each week on their Facebook page and in the Facebook group Comic Book Shopping Network. They don’t just use Facebook Live to sell comics. Head over to their page to catch live trivia weekdays 1:00-3:00 pm and daily Kiddo Story Time weekdays 10:00-10:30 am. 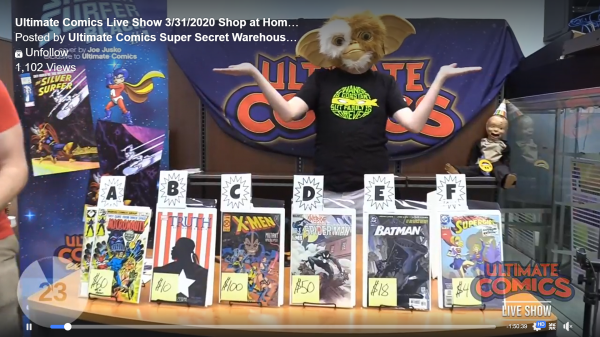 Ultimate Comics has been serving up comics as one of the largest shops in NC for the past 15 years. During the shutdown, they’re hosting Facebook Live sales from their Super Secret Warehouse. Check out their shows Tuesday and Thursday nights as they show off the hidden treasures they uncovered in the depths of their warehouse!

Help support CBLDF’s important work by sharing this article. You can also donate to support our efforts by visiting the Rewards Zone, making a donation, or becoming a member of CBLDF!