CBLDF Presents Manga: Introduction, Challenges, and Best Practices is in stores today! An authoritative yet accessible handbook designed to help librarians, educators, and parents navigate the vast and popular field of manga, CBLDF Presents Manga provides what you really need…

END_OF_DOCUMENT_TOKEN_TO_BE_REPLACED

Thailand doesn’t skimp when it comes to censorship. According to a recent article by Brian Ashcraft at Kotaku, the country’s scrupulous censorship laws commonly disrupt the dubbed anime that is broadcast on Thai television. Whatever is deemed inappropriate — be…

END_OF_DOCUMENT_TOKEN_TO_BE_REPLACED

Are you a current member of the Comic Book Legal Defense Fund?  If you’ve contributed your member dues in 2012, we thank you.  If you haven’t renewed or have yet to join, we’re asking you to please Be Counted and…

END_OF_DOCUMENT_TOKEN_TO_BE_REPLACED 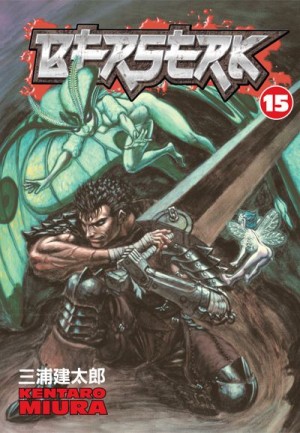 The Comic Book Legal Defense Fund and Dark Horse Comics applaud a decision issued by United States Court of Appeals for the Ninth Circuit holding that two Oregon statutes that criminalize distributing sex education and other non-obscene materials to minors are unconstitutional in violation of the First Amendment. The State of Oregon argued that the statutes applied only to “hardcore pornography,” but the Ninth Circuit found that they applied to much more, including Kentaro Miura’s manga “Berserk,” Judy Blume’s “Forever,” and Margaret Atwood’s “A Handmaid’s Tale.” The plaintiffs did not challenge Oregon’s existing law making it a crime to contact a minor with the intent of having sexual contact. CBLDF and Dark Horse were among the plaintiff group challenging the statutes.

Mike Richardson, publisher of plaintiff Dark Horse comics says, “We were extremely happy to see these statutes overturned. Our Constitution’s First Amendment was intended to keep the hands of the government off the printing presses of America. Creators everywhere can breath a sigh of relief that these laws, open to interpretation and likely to be abused, have been put down.”

Full announcement and text of decision follow the jump!