The Comic Book Legal Defense Fund (CBLDF), with the national Banned Books Week planning committee, today announced that this year’s celebration of the freedom to read will emphasize a thematic focus on comics and graphic novels. This year’s Banned Books Week, Sept. 21 – 27, will shine a light on this still misunderstood form of storytelling and will celebrate the value of graphic novels to readers from all walks of life through the work performed by Banned Books Week sponsors and individual librarians, retailers and readers from all over the world.

“This year we spotlight graphic novels because, despite their serious literary merit and popularity as a genre, they are often subject to censorship,” said Judith Platt, chair of the Banned Books Week National Committee.

Recently, the acclaimed memoir Fun Home by Alison Bechdel, has been the flashpoint in a university funding controversy in South Carolina, while last year Persepolis, by Marjane Satrapi, faced an attempted ban in the Chicago Public Schools. Graphic novels continually show up on the American Library Association’s (ALA)  Top 10 list of Frequently Challenged Books. The ALA released its current list in April and includes Dav Pilkey’s Captain Underpants at the top spot and Jeff Smith’s series Bone arriving at #10.

“The CBLDF is pleased to be a part of the coalition that makes Banned Books Week such a vital time to celebrate the freedom to read,” said CBLDF Executive Director Charles Brownstein. “It’s shocking that books are still banned and challenged. Comics are especially vulnerable to those challenges. With this year’s Banned Books Week focus, we welcome the opportunity to engage the public in a vital dialogue about intellectual freedom and the powerful role comics serve.”

Banned Books Week celebrates the Freedom to Read by encouraging readouts, displays, and community activities designed to raise awareness of the ongoing threats of censorship that continue to occur.

CBLDF.org offers a broad range of resources about banned and challenged comics, as well as tools that libraries, retailers and individuals can use to develop their own Banned Books Week celebrations. For an introduction to banned books and Banned Books Week, visit CBLDF’s FAQ: Banned Books Week 101.

Bannedbooksweek.org is a hub for information about how individuals and institutions can become involved in celebrating this important event. The website also includes resources and activities provided by event sponsors.

To learn more about Banned Books Week, or how you can get involved please visit www.cbldf.org and www.bannedbooksweek.org. 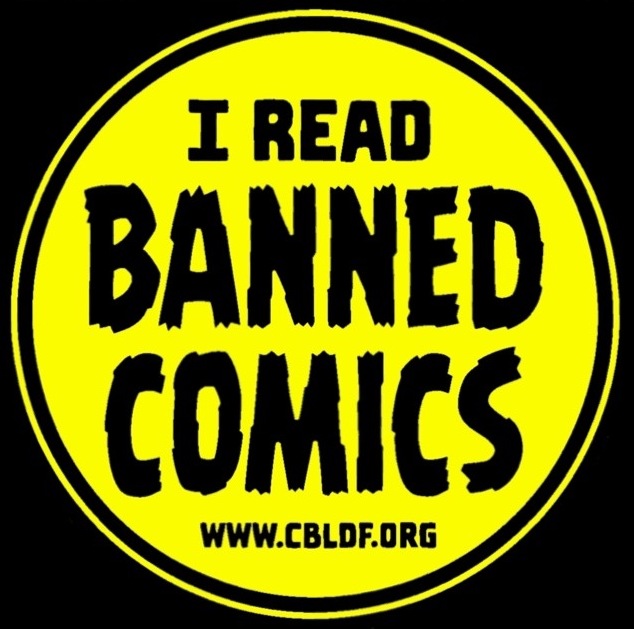