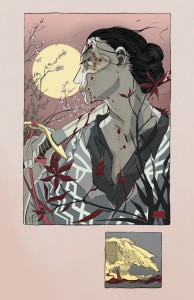 Since 2009, Things From Another World (TFAW) has proudly teamed up with the Comic Book Legal Defense Fund (CBLDF) to solicit donations of original art for their annual auction at San Diego Comic-Con, helping to raise more than $100,000 to support the First Amendment rights of the comics community. But wait: this year should be bigger than ever, with Emma Rìos (Pretty Deadly), Frank Quitely (Jupiter’s Legacy), Nick Dragotta (East of West), and Larry Marder (Beanworld) joining an all-star roster of amazing comic book artists whose work will be available for auction this July!

This year, TFAW has asked for donations of larger pieces, which will be up for auction at the 2014 San Diego Comic-Con. But instead of their traditional sketch cards, TFAW is creating breathtaking 11″ x 17″ art prints as a thank-you for their donors’ generosity — a limited run of just 300 per artist on heavy, silk-finish cover stock! You can see the first four pieces below, donated by Emma Rìos, Frank Quitely, Nick Dragotta, and Larry Marder!

“Every year we’re humbled by the creativity and generosity of the comics community,” said TFAW Vice President Andrew McIntire. “The ongoing fight to safeguard not just the comics community’s, but every American’s, First Amendment rights is extremely important to us at TFAW, and we want to offer our heartfelt appreciation to every artist who has donated their talents and time to supporting the CBLDF.” 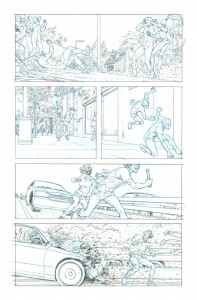 “The generosity of the creative community that supports the CBLDF’s work fuels our ability to protect the freedom to read,” said CBLDF Executive Director Charles Brownstein. “We’re so humbled by the work provided by the talented creators who have supported our auction effort this year. The energy TFAW has shown, year after year, in developing their aspect of the CBLDF Comic-Con auction is becoming legendary. They’ve outdone themselves this year, gathering some of the most beautiful pages yet contributed, and providing our supporters with truly luxurious prints to enjoy as well. We’re so grateful for their outstanding efforts!”

About the Comic Book Legal Defense Fund:
Comic Book Legal Defense Fund is a non-profit organization dedicated to the protection of the First Amendment rights of the comics art form and its community of retailers, creators, publishers, librarians, and readers. The CBLDF provides legal referrals, representation, advice, assistance, and education in furtherance of these goals. http://www.cbldf.org. 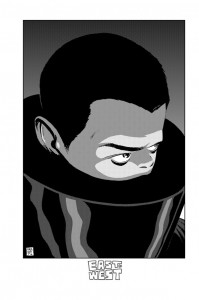 Conquest from East of West, by Nick Dragotta 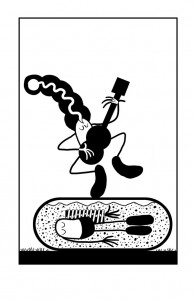