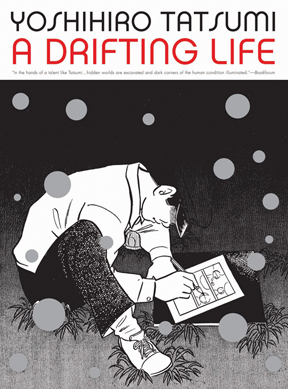 The celebrated mangaka and one of the founders of the “gekiga” school of alternative manga Yoshihiro Tatsumi has reportedly passed away at the age of 79.

Tatsumi’s work was groundbreaking, boundary-pushing, and often breathtaking. He told stories that were haunting, and he explored complex topics such as guilt, sexuality, grief, and the bleaker aspects of urban life with a deft and unwavering touch. He was a fearless storyteller in every sense of the word at a time when manga was seen as a juvenile and disposable art form.

Drawn & Quarterly has published several anthologies of his work, edited by Adrian Tomine, as well as several long-form works, including the autobiography pictured above, A Drifting Life. I recommend diving into any of these books, particularly if you are interested in the kind of challenging work and themes that became the hallmark of Japanese New Wave cinema.

On a personal note, I was lucky enough to meet Tatsumi in my previous life as a comic book retailer. He visited my store with staff from Drawn & Quarterly and noted manga translator (and editor) Anne Ishii. At the time, Tatsumi and his wife were in their late 60s but were as fashionably dressed as anyone in Brooklyn that day. Probably moreso. I was struck immediately by not only how gracious and warm they were, but for lack of a better word, how cool they seemed. I tried my best to express to Tatsumi how much his work had touched me, and the sincerity of his appreciation for my words was palpable. It was a very moving moment, and I was later told that he had no idea that his work had touched so many people in the West until that trip to NYC. He assumed that the work he produced in the 1960s and 1970s was long-forgotten, and the reception as he did signings and appearances to support his Drawn & Quarterly releases was an enormous surprise.

As Tatsumi left, I had no idea how to address him, unaccustomed as I am to Japanese etiquette. I bowed and said “Arigato, Tatsumi-Sensei,” hopefully using the correct honorific (and pronunciation) to address a master of his craft. He stalled momentarily before shaking my hand warmly.

Closing in on age 70, he was still getting used to the idea that he was considered Sensei by thousands of people on the other side of the world.

Tom Spurgeon ( The Comics Reporter) said today on Twitter, “I can’t imagine anyone who experienced Tatsumi’s humility and deep gratitude for his late-life readers and appreciation will ever forget it.”

In my case, and no doubt many others, Mr. Spurgeon is absolutely correct. 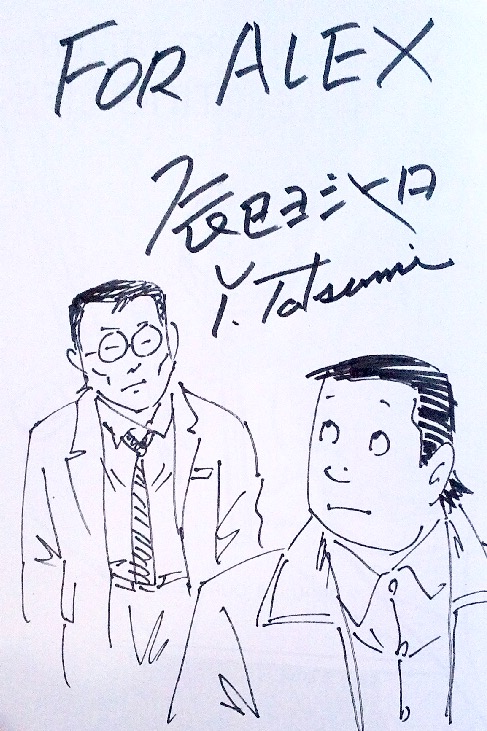 For more information about Tatsumi, including his available English-language library, visit the Drawn & Quarterly website here.

Alex Cox is the Deputy Director of CBLDF.