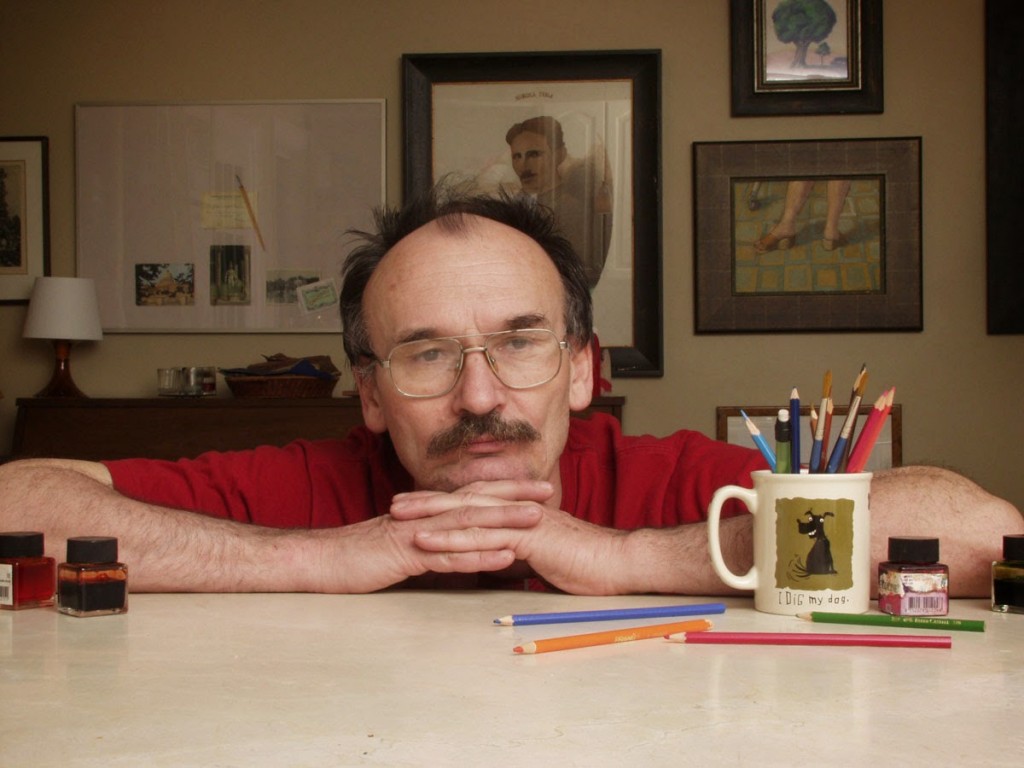 A longtime editorial cartoonist for the Serbian daily newspaper Politika is airing his suspicion that the recent cancellation of his contract came about under pressure from Prime Minister Aleksandar Vucic or other government officials. After a statement of denial from Vucic, the paper grudgingly offered Dusan Petricic a contract renewal, but the cartoonist has already struck a more favorable deal with rival publication NIN.

Petricic had been contributing cartoons to Politika for seven years and is also well-known as an illustrator of children’s books. His cartoons have also appeared in the international press, including the New York Times, the Wall Street Journal, and the Toronto Star. Recently his satire has focused on Vucic, a former propaganda minister under Slobodan Milosevic who some Serbs view as “an authoritarian who surrounds himself with yes-men.”

After Petricic’s freelance contract with Politika was cancelled on September 30 and he raised the possibility of the Prime Minister’s involvement, Vucic issued a public denial, claiming to view the critical cartoons as “evidence of the strength of [Serbian] democracy.” Only after that statement came out, Politika editor Zarko Rakic offered to renew Petricic’s contract even though he claimed the cartoonist was “sometimes late with his submissions” and also charged too much.

The timing of the offer did nothing to allay Petricic’s suspicions, and he announced that he had instead accepted a new contract with the weekly newsmagazine NIN, where his cartoons will be accorded a full page in each issue. Although Petricic easily landed on his feet, his case is yet another example of the precarious situation for cartoonists worldwide, most of whom contribute their work on a freelance basis rather than working full-time for one publication. Just this year, Bulgarian cartoonist Chavdar Nikolov and Kenyan cartoonist Gado have also had their contracts abruptly cancelled when their work apparently displeased someone in government.