In celebration of the launch of the “Humble RPG Book Bundle: Pathfinder Worldscape presented by Paizo and Dynamite,” Paizo, publisher of the award-winning Pathfinder Roleplaying Game and Dynamite Comics, publisher of best-selling comic book titles and properties, will host a live 10-hour Pathfinder and Starfinder gaming marathon on Twitch to benefit Camden’s Concert and the Comic Book Legal Defense Fund. The marathon launches January 11 at 11am Pacific Time, streamed live from Paizo headquarters on Paizo’s Twitch channel at twitch.tv/officialpaizo.

Customers can support the charity effort by visiting the Humble Bundle campaign page at: https://www.humblebundle.com/books/pathfinder-worldscape-book-bundle

The schedule for the livestream is as follows:

The event launches with “Into the Worldscape,” a multi-genre adventures based on Dynamite’s Pathfinder Worldscape comic, GM’d by Paizo Publisher and Pathfinder Worldscape author Erik Mona. The charity marathon will also include the first public look at Starfinder, the highly anticipated new science fantasy RPG from Paizo, plus a live game demo and an audience Q&A with the Starfinder RPG design team. Pathfinder Society developer John Compton will host “Year of the Demon” and Paizo creative director James Jacobs will run key encounters from Pathfinder’s Iron Gods Adventure Path.

The event also marks the launch of the “Humble Comics/RPG Bundle: Pathfinder Worldscape and More!” two-week campaign, which features more than $500 of comics and games at a pay-what-you-want price. Bundle offerings include comics featuring Pathfinder Worldscape guest stars like Red Sonja, John Carter of Mars, and Tarzan, while Pathfinder RPG components provide rules and adventures similar to the “anything goes” multi-genre events in the popular new Pathfinder Worldscape sword & sorcery crossover event (issue #3 of 6 on newsstands now). Pathfinder Worldscape was called “One of the best comic book events of 2016” by OutrightGeekery.com.

These special issues will not be available in stores, ever. They will be collected in the eventual Pathfinder Worldsape comics hardcover and a limited number with a Paizo-exclusive cover will be available months later for Pathfinder subscribers.

This special charity event is the first follow-up to Paizo and Humble Bundle’s previous record-breaking livestream gaming event, which raised more than $250,000 for charity.

For a complete line-up all of the day’s activities, visit https://paizo.com/blog.

Support charity. Choose where the money goes – between the publishers, Paizo and Dynamite; Camden’s Concert via the Tides Foundation; the Comic Book Legal Defense Fund; and, if you’d like, a third charity of your choice via the PayPal Giving Fund. If you like what we do, you can leave us a Humble Tip too! 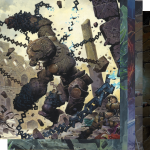 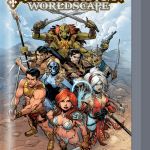 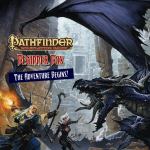 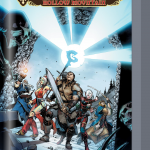 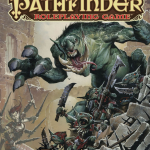 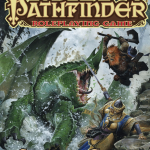 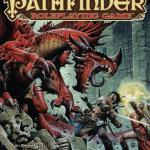 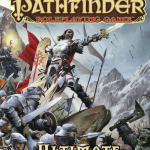 About Humble Bundle
Humble Bundle sells digital content through its pay-what-you-want bundle promotions and the Humble Store. When purchasing a bundle, customers choose how much they want to pay and decide where their money goes — between the content creators, charity, and Humble Bundle. Since the company’s launch in 2010, Humble Bundle has raised more than $850 million through the support of its community for a wide range of charities, providing aid for people across the world. For more information, please visit https://www.humblebundle.com

About Paizo Inc.
Paizo Inc. is publisher of the award-winning Pathfinder Roleplaying Game, Pathfinder Adventure Card Game, Pathfinder Tales novels, as well as board games and accessories. The Pathfinder world, in which players take on the role of brave adventurers fighting to survive in a world beset by magic and evil, is currently translated into eight languages, and has been licensed for comic book series, graphic novels, toys, and apparel, and is being developed into an MMORPG. Paizo.com is also a leading online hobby retail store, offering tens of thousands of products from a variety of publishers to customers all over the world.