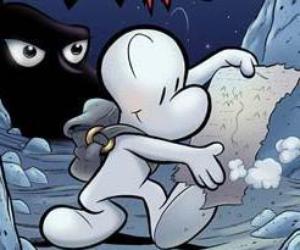 Twincities.com reports that the Rosemount-Apple Valley-Eagan school district has voted 10 to 1 that the graphic novel series Bone should not be banned in its schools.

The graphic novel series came under fire earlier this month when parent Ramona DeLay objected to the series’ placement in the school libraries because it contains depictions of adults smoking, drinking, and gambling.

“It’s important to understand selection from censorship,” she said. “I respect her right to object to the series, but not for her to censor it for the rest. I feel you would be doing a disservice to our district if you remove this book from our elementary schools.”

The Comic Book Legal Defense Fund applauds the school district for the fair hearing Bone received, and its decision to keep the series in its collection.