The days are getting shorter and cooler. What better way to pass the time than in your favorite cozy corner with a graphic novel signed by your favorite creator?! We have some amazing new additions to the Rewards Zone! Let’s check them out… 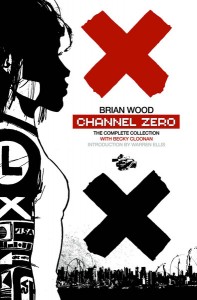 DMZ and The Massive creator Brian Wood launched an all-out assault on the comics medium in 1997 with Channel Zero, an influential, forward-thinking series that combined art, politics, and graphic design in a unique way. Touching on themes of freedom of expression, hacking, cutting-edge media manipulation, and police surveillance, it remains as relevant today as it did in 1997.

The Channel Zero collection contains the original series, the prequel graphic novel Jennie One (illustrated by Becky Cloonan), the best of the two Public Domain design books, and almost fifteen years of extras, rarities, short stories, and unused art. Also featuring the now-classic Warren Ellis introduction and an all-new cover by Wood, this is the must-have edition. See where it all began! 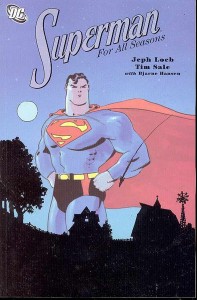 SUPERMAN FOR ALL SEASONS, signed by Tim Sale

The catalyst for the Smallville television program, Superman for All Seasons is an emotional and insightful examination of Clark Kent’s transformation from a powerful boy into a heroic man. Told through the course of four seasons in the Man of Steel’s adolescent life, this coming-of-age tale humanizes the alien from another planet so that he is not only realistic but also relatable. Featuring in depth characterizations of Lana Lang, Lex Luthor, Lois Lane, and the Kents, this groundbreaking story of a simple Midwestern boy with awesome abilities illustrates that it is the man, not the powers, that make Clark Kent a hero.

This softcover is signed by artist Tim Sale. 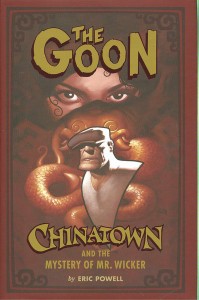 THE GOON: CHINATOWN hardcover, signed and sketched by Eric Powell!

Dark Horse is very proud to present the first original graphic novel from Eisner Award-laden swami Eric Powell. Powell has been sowing the seeds of Chinatown and the Mystery of Mr. Wicker for years in his award-winning bimonthly series The Goon, and salivating fans may now feast their eyes on the Goon’s formative backstory of love, loss, and extortion — a lengthy tale that demanded to be told in this uninterrupted format.

Spiritual leader of Tennessee and hero to the Great Unwashed, Powell escaped catastrophic death and mother-shaming scandal to bring this work to fruition. He’s a sensitive man in insensitive times. But be warned: This book ain’t funny. 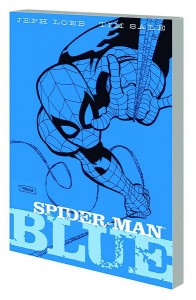 “It’s about remembering someone so important to me I was going to spend the rest of my life with her.” What Peter Parker didn’t know was that meant Gwen Stacy would only get to spend the rest of her life with him. This is the story of how they fell in love. Or more appropriately, how they almost didn’t fall in love. Welcome to Spider-Man’s life. Bad before good. It’s kind of amazing. So to get the girl of his dreams, he’ll have to run the gauntlet of the Green Goblin, the Rhino, two Vultures, and a mysterious man in the shadows controlling it all. Join the Eisner Award-winning team of Jeph Loeb and Tim Sale (Superman for All Seasons, Batman: The Long Halloween, Daredevil: Yellow, Hulk: Gray) in the story about Peter Parker’s first love, Gwen Stacy. Highlighted by the introduction of Mary Jane Watson, it is a critical moment in Spider-Man’s life when everything was just coming together – only to fall apart. Collecting Spider-Man: Blue #1-6. 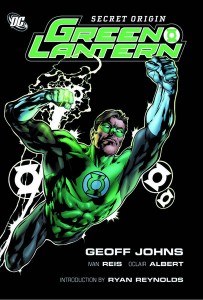 Featuring an introduction by Ryan Reynolds, this edition, written by Geoff Johns with art and newly redesigned cover by Ivan Reis and Oclair Albert, collects the classic story from Green Lantern #29-35 that laid the groundwork for Blackest Night. It also includes pages from other Green Lantern collected editions, designed to introduce readers to other volumes in the series.