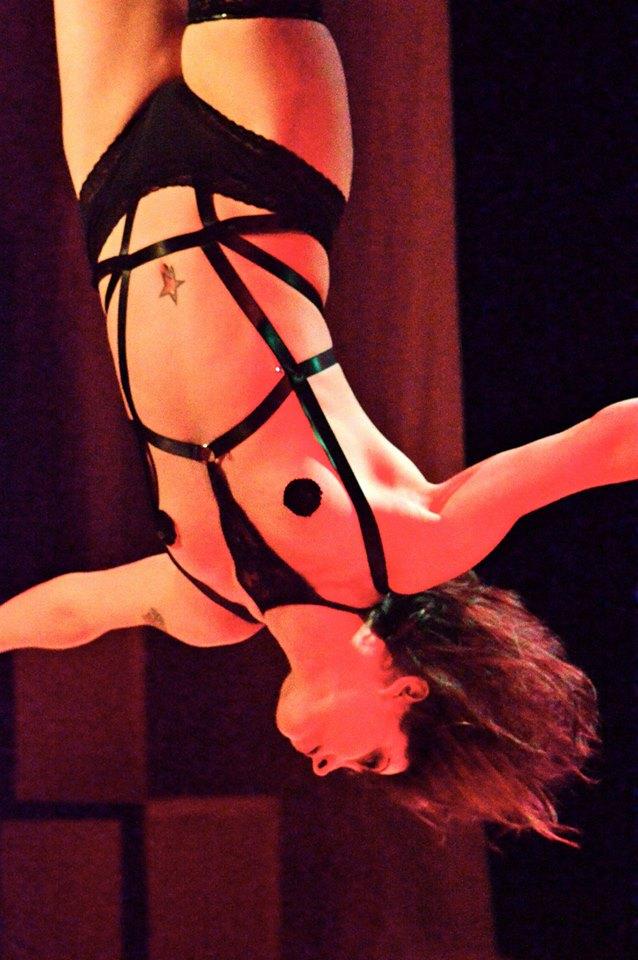 The ACLU has filed a lawsuit against the state of Idaho regarding an antiquated law that bans “sexually suggestive art” in establishments that serve alcohol. A cinema in neighboring Utah filed suit over a similar law there in May after the state threatened a fine of up to $25,000 for serving beer during showings of Deadpool, and Idaho’s law also prevented a Boise art theater from bringing the Cannes Palme d’Or winner Blue is the Warmest Color to the state in 2013.

The Idaho law as it pertains to cinemas was finally nullified earlier this year by the state legislature, spurred by a lawsuit from Meridian Cinemas alleging First Amendment violations after authorities threatened to pull its liquor license for showing Fifty Shades of Grey. But the law is still in force for other venues, and the latest lawsuit comes from the Visual Arts Collective (VAC), a gallery space in the town of Garden City which in March hosted a performance by burlesque artist Anne McDonald. The VAC holds a liquor license to serve beer, wine, and mixed drinks at its events.

Although there was no complete nudity in the burlesque show, two undercover officers from the state police were in attendance and later filed a complaint via the Bureau of Alcohol Beverage Control, alleging that “the employees of the Visual Arts Collective did nothing to prevent the exposure, to viewing by others, of the portion of some of the female performers’ breasts below the top of the areola, or the cleft of their buttock in violation of Idaho Code § 23 – 614(a).” One of the officers also bought and consumed a mixed drink and a beer at the event.

With the Bureau of Alcohol Beverage Control threatening to revoke the VAC’s liquor license, a vital source of operating funds for the small gallery space, the parties settled in court for a fine of $8,000 and a 20-day suspension of the license. McDonald, the VAC, and the Alley Repertory Theater, which also puts on plays in the venue, then filed the lawsuit on First Amendment grounds. The court filing details how the VAC has now been forced to give performers strict guidelines that limit their expression on stage, but still worries that innocuous behavior or attire could again imperil its liquor license:

The Visual Arts Collective is also confounded by the vagueness of Idaho Code § 23 – 614, and its sweeping scope, which on its face prohibits a ballerina from being hoisted by her buttocks, or a guitar player from gyrating his or her hips. Likewise, patrons who enter wearing dresses or tops  with “keyhole” cutouts, tops with deep cleavage, or baggy, drooping trousers also run afoul of the statute, and threaten the Visual Arts Collective with noncompliance.

The lawsuit filed in federal court last week seeks to overturn the law altogether on First Amendment Grounds. Idaho State Police have offered no comment on the case.