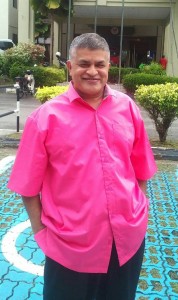 After nearly two years of being unable to leave Malaysia, political cartoonist Zunar has finally had his travel ban lifted — and all it took was electing a new government.

On Monday, May 13th, Zunar posted pictures to his Twitter account showing not only his reinstated ability to travel, but also the Immigration Department’s new travel ban on the recently ousted Prime Minister, Naji Razak, and his wife. This comes on the heels of a historic election in which Malaysian’s opposition party unexpectedly won, removing the ruling party which had been in power for 161 years. 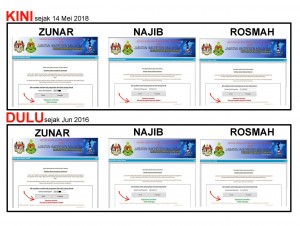 To make things even stranger, the new Prime Minister, Mahathir Mohamad, was previously the prime minister from 1981 – 2003 and crafted of many of the country’s authoritarian policies that made the corrupt rule of a despot like Razak possible. At 92, Mohamad is the oldest political leader in the world, but that is just until he can pardon his former nemesis Anwar Ibrahim, who will likely take over as Prime Minister.

Zunar’s travel ban order was enacted shortly after he received the International Editorial Cartoons Prize from Cartooning for Peace, due to several charges pressed against him under Malaysia’s Sedition Act. The Sedition Act in Malaysia is an antiquated law that predates Malaysia’s independence and constitution. Sedition is incitement of resistance, or insurrection, against the legal authority. The law is used in different countries to Silences political dissidence. Sedition itself is often subversive, so what acts are considered overt attempts at sedition vary depending on the country in question, in Zunar’s case, the charges stemmed from tweets he sent in 2015 which questioned the trumped-up sodomy charges against Anwar Ibrahim.

With the new government in place, it is hopeful that not only will Zunar be cleared of all previous charges, but they will, in fact, abolish the Sedition Act altogether, as it is a law that’s sole purpose is the suppression of freedom of expression.

← Florida Group Upset Over Absence of Creationism in Science Textbook
Get Ready for Deadpool 2 With GNs Signed by Joe Kelly, Gerry Duggan, & Many More! →