Almost three months ago, graphic novelist and political cartoonist Ramón Esono Ebalé was arrested in his native country of Equatorial Guinea. Although the arrest was almost certainly in retaliation for his work critical of dictator Teodoro Obiang Nguema Mbasogo, he still has yet to be charged with any crime.

In observance of International Human Rights Day on Sunday, Dec. 10, Nicaraguan cartoonist Pedro X. Molina created a one-shot webcomic telling Ebalé’s story in both Spanish and English. Molina has graciously given us permission to post both versions here, so read on and then spread the word about the illegal detention of Ramón Esono Ebalé! 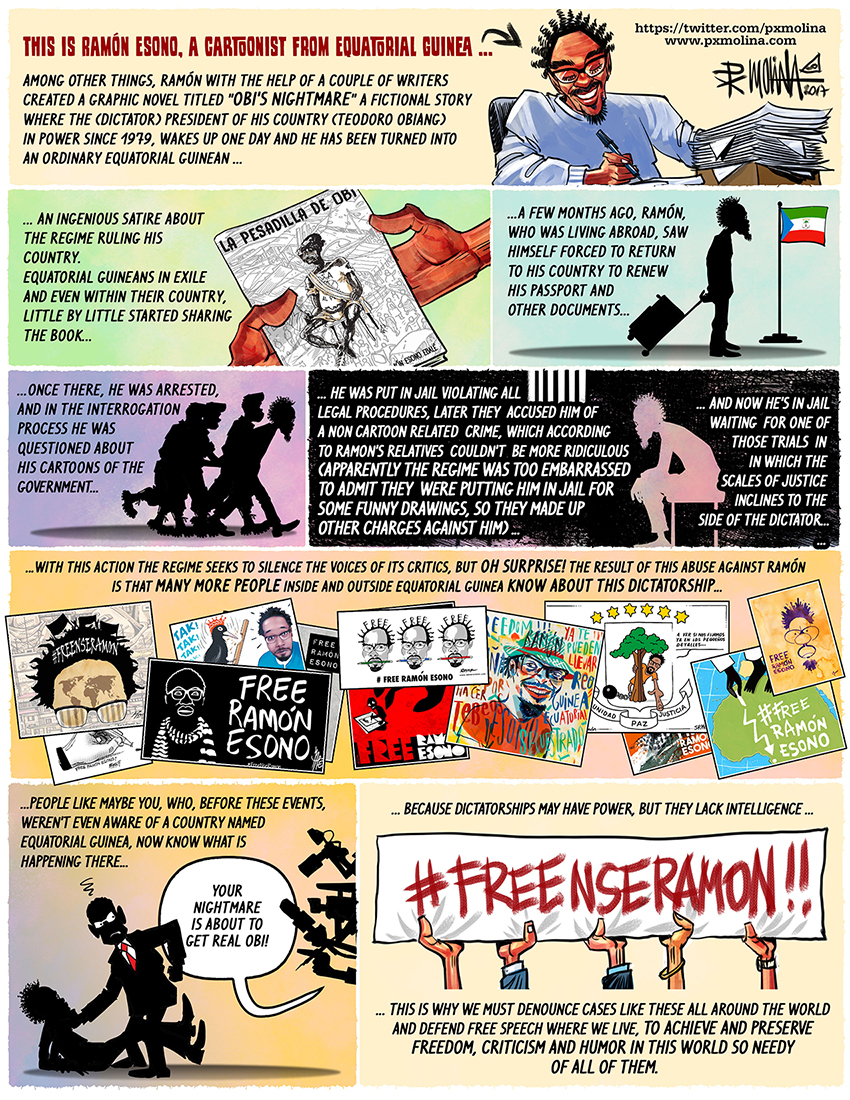 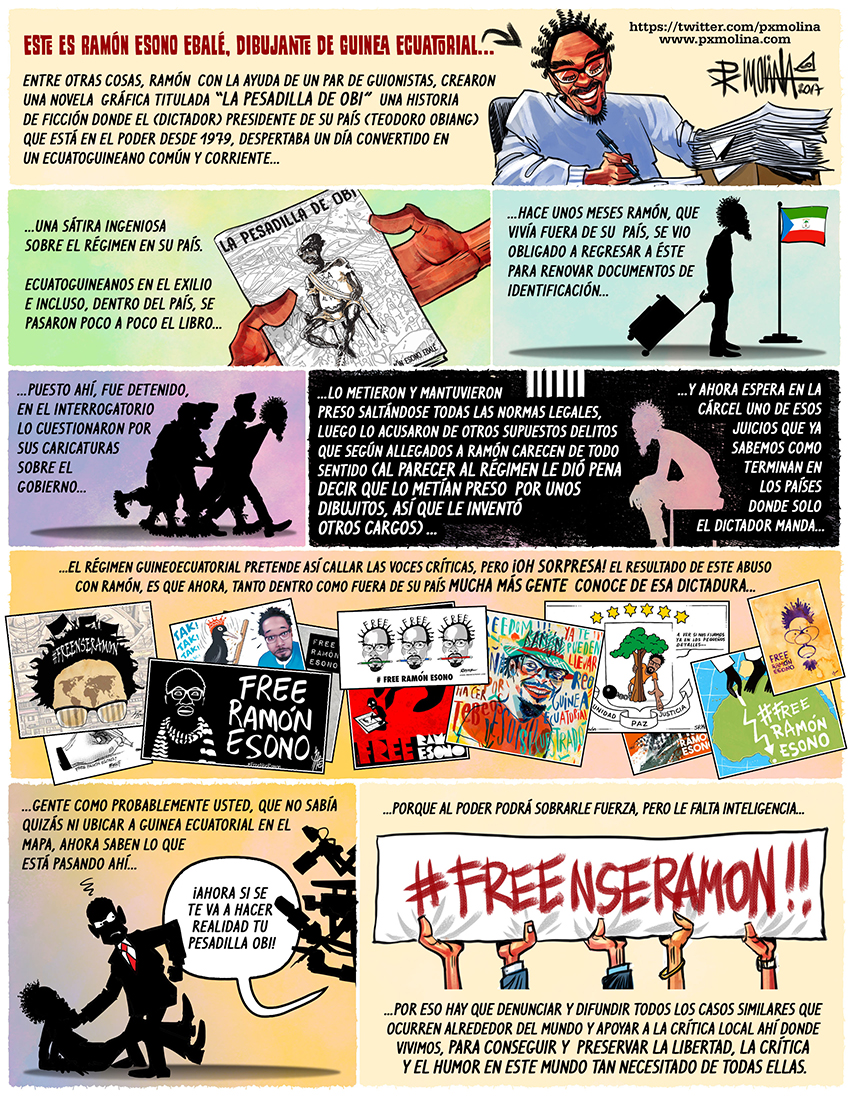