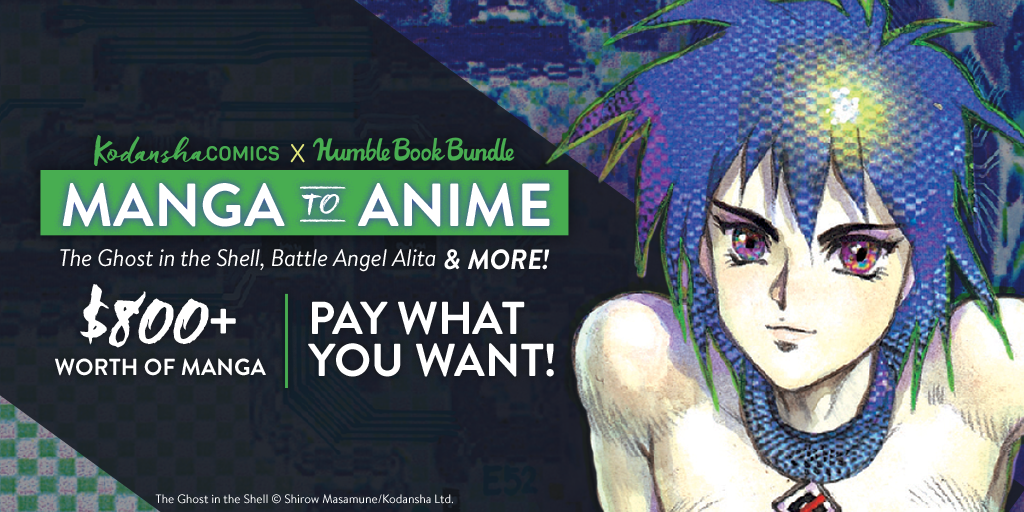 Get 80 Volumes of Manga Now!

Get Manga, Give to Charity
Bundle buyers choose where their money goes—among Kodansha Comics, Comic Book Legal Defense Fund, and, if they like, another charity of their choice via the PayPal Giving Fund. If they like what Humble Bundle does, they can leave a Humble Tip too.