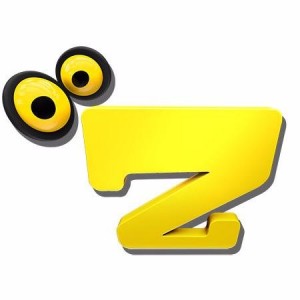 A TV network that airs cartoons and children’s shows in Kurdish is among the latest group of media outlets shut down by the Turkish government, causing consternation and outrage among viewers. Zarok TV (Kid TV) was the only Kurdish-language children’s network in Turkey, airing some locally-produced content alongside a slate of dubbed imports such as Spongebob Squarepants, The Smurfs, and Garfield.

Zarok TV’s executive producer Dilek Demiral said the channel’s transmission was cut abruptly with no warning, and authorities subsequently labeled it a “separatist and subversive media organization.” Over the past several months, President Recep Tayyip Erdoğan and his government have used a failed military coup in mid-July as thin cover to crack down on dozens of media properties, including the satirical magazine Leman and the Kurdish newspaper Özgür Gündem, where cartoonist Dogan Güzel was among more than 20 staff members arrested in August.

Although Erdoğan blames followers of the exiled Islamic cleric Fethullah Gülen for orchestrating the coup, he has eagerly used the ensuing official state of emergency to crack down on unrelated entities, particularly Kurdish media. Turkey has been locked in an often-violent struggle with Kurdish separatists within its borders since the late 1970s, but the Zarok TV ban is only the latest evidence that Erdoğan hopes to wipe out not only the militants, but Kurdish culture in general. Ethnic Kurds make up about 20% of the country’s population, but many struggle to maintain ties with their ancestral roots in modern Turkey.

This is also not the first time that Erdoğan has apparently seen animated cartoons as a threat to public order. Last year a newspaper columnist alleged that the 2013 cancellation of the popular children’s show Pepee on state broadcaster TRT was due to government displeasure with the main character’s proclamation that “theft, slander and lying are bad.” Erdoğan and his allies apparently took the remark as a personal attack. Pepee was later revived on a privately owned network.

Here is some of our previous coverage of the ongoing government suppression of Turkish media: