by Amy Long
for The Media Coalition 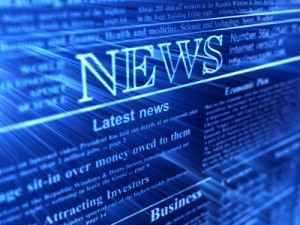 Over 100 newspapers, websites, and blogs reported on the Supreme Court’s decision to grant California’s petition for certiorari in EMA v. Schwarzenegger. Papers across the United States, Canada and Britain carried the news, which reached as far as New Zealand’s Top News, the Ethiopian Review and Thailand’s The Thaindian paper, which takes a view that is generally supportive of the state’s position (though it notes that Schwarzenegger “seemed a tad too pleased with the court’s decision”). The case will be taken up by the Court in its fall term.

The Reuters story (along with its Canadian twin) straightforwardly reports on the Court’s decision, reviews the law’s background, and features a solid quote from ESA president Michael Gallagher. The Associated Press’ more extensive coverage, which pits free speech against “helping parents keep violent material away from children,” focuses on the case’s relationship to U.S. v. Stevens and to obscenity-related case law; Michael Gallagher is also quoted in AP’s story. News outlets from the Huffington Post to the Spokane Spokesman-Review carried that AP article. Bloomberg’s report includes a brief analysis of the state’s position, a history of the case and a reaction quote from EMA president Bo Anderson. EMA’s Sean Bersell also appears in the story, confirming that eight other jurisdictions have passed similar laws, all of which have been struck down by the courts.

In the Los Angeles Times, David Savage says the Court’s decision to hear the case suggests that the justices think the California law could be upheld because it is narrowly targeted to minors and applies to games that “appeal to a deviant and morbid interest in violence.” Adam Liptak agrees, quotes Michael Gallagher, and reports on California’s failed attempt to have the appeals court apply the “more relaxed standard used in obscenity cases involving minors” rather than strict scrutiny. He also notes that the appeals court judge, Judge Consuelo M. Callahan, registered skepticism regarding the state’s claim that violent games cause rather than correlate with psychological harm to minors. The Washington Post discusses the Court’s decision in relation to Stevens and notes that this will be the first time the Supreme Court has considered a First Amendment case relating to video games. The Christian Science Monitor’s detailed article provides viewpoints from free speech and video game advocates as well as supporters of the California law, a discussion of the validity of the research presented by the state in lower court arguments, and a case history. CNBC focuses on industry figures’ and specialist attorneys’ reactions to the Court’s decision yesterday.

At Reason Magazine’s Hit & Run blog, libertarian Jacob Sullum not only warns against the ramifications of the Supreme Court carving out a new arena of unprotected speech but also says that, if the Court upholds the law, “this case would effect a sea change in the permissible regulation of all media […] that contain violent content and are accessible to minors.” In a media advisory, Progress & Freedom Foundation president Adam Thierer says he hopes the Court “is taking this case to affirm the free speech rights of game creators and users, and not to overturn ten years of solid, sensible lower court decisions granting video games the same First Amendment protections as books, film, music and other forms of entertainment.” At the First Amendment Center, David L. Hudson says that, in agreeing to hear the case, the Court will “decide whether the concept of obscenity can extend to violent-themed materials or will remain rooted in hard-core sexual materials.” Cornell’s student paper, the Cornell Sun, argues that video games should be protected in the same way as are music recordings, films, and books.

The San Jose Mercury quotes Eugene Volokh as predicting less that the Court may feel California’s law is narrowly tailored enough to pass constitutional muster and more that the violent games debate is a national issue that deserves a resolution, though the journalists emphasize the unpredictability of the case. The San Mateo Daily Journal focuses on bill sponsor Senator Leland Yee’s reaction as well as that of video game advocates. The Orange County Register asks readers (particularly parents) to weigh in on whether or not minors should be allowed to buy games violent games.

Ars Technica provides a case history, discusses EMA’s relationship to Stevens, and predicts a good outcome for the game industry. Gamasutra also ties this case to Stevens, which it says “may signal a tough environment” for the California law, and highlights ESA’s role in challenging the law; Gamasutra’s piece includes quotes from Michael Gallagher and Jenn Mercurio, Entertainment Consumer Association vice president and general counsel. Gaming site G4’s The Feed blog features a video of ESA senior vice president and general counsel Ken Doroshow speaking about the legal issues facing the game industry at a 2010 conference and predicts that many of those issues will apply to the ESA’s strategy in the upcoming Supreme Court case. Technology web site TechNewsWorld reports on the Court’s surprising decision to grant cert and the state’s lack of solid evidence that violent video games cause harm to minors. Seattle’s technology news site, TechFlash, looks at the possibility that, should the Court uphold California’s law, Washington’s similar law, ruled unconstitutional six years ago, could be revived. Geezer Gamers, a site geared toward older video game players, considers the implications the Court’s upholding of the law could have on non-minors.

There was very little coverage in the religious conservative press. World Mag and Christian Broadcasting Network carried the AP story and Citizen Link carried a short story of its own.