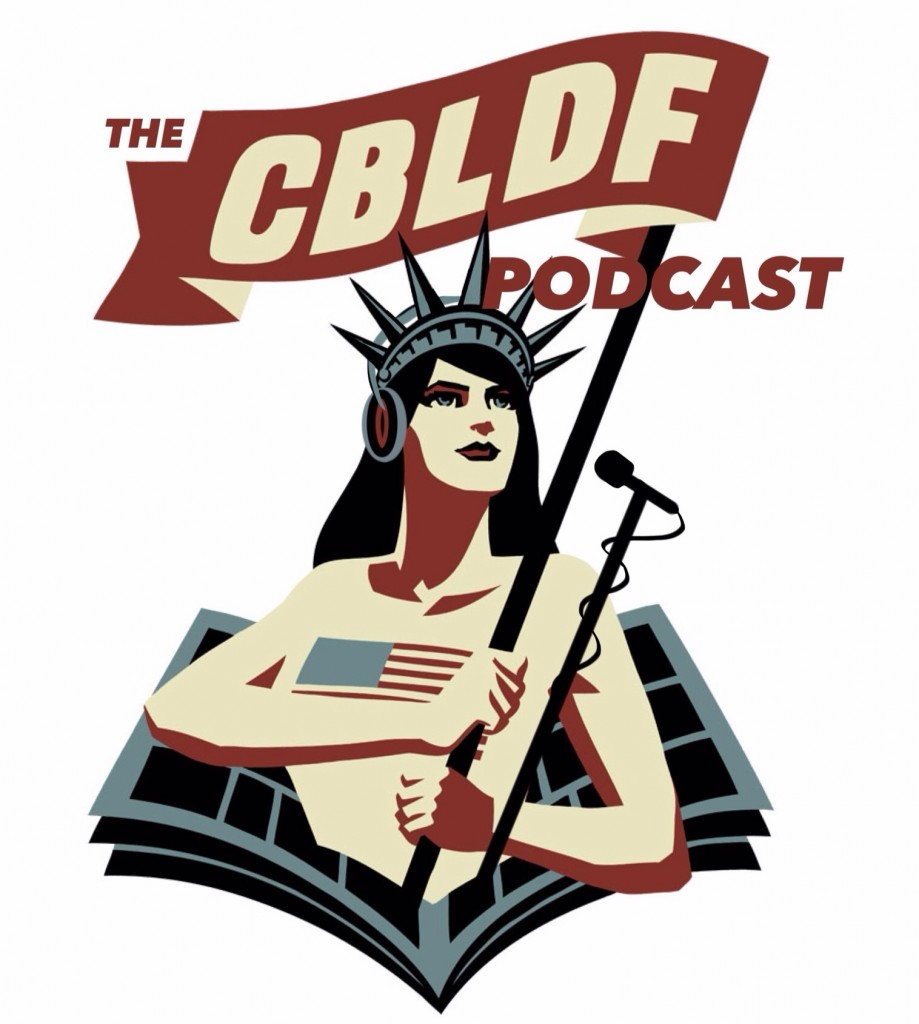 Episode 1: Fred Van Lente and the Birth of the Comics Code

This inaugural podcast features an interview with Fred Van Lente (Action Philosophers, Conan, Amazing Spider-Man, Archer & Armstrong), with CBLDF Deputy Director Alex Cox, in a discussion about the birth of the Comics Code, Fredric Wertham, EC Comics, the Kefauver Hearings, and how it all gets boiled down into 13 pages in the Comic Book History of Comics, from Van Lente and illustrator Ryan Dunlavey.)

In this episode, CBLDF Deputy Director Alex Cox engages in a lively discussion with writer and producer Vivek Tiwary, as he walks us through the creation of The Fifth Beatle and discusses how the life and times of Brian Epstein resonate with free expression struggles today. Cox and Tiwary discuss The Beatles, Colonel Tom Parker, Oscar Wilde Laws, Alanis Morrisette, and the underrated films of Peyton Reed.

CBLDF Deputy Director Alex Cox speaks to CBLDF Board Member and award-winning author Jennifer L. Holm (Babymouse, Squish). Jenni is a one of the most important proponents of graphic novels for kids, and her books are wildly popular among humans of all ages. They talk about a variety of topics, including Five Card Nancy, Petri dishes, Bloom County, Sergei Eisenstein, New York real estate, and more.

They discuss: comics as an education tool, recommended reading for kids, and more.

Episode 7: CBLDF in the UK!

In this episode, CBLDF Executive Director Charles Brownstein takes the fight for the freedom to read international, traveling across the drink to Great Britain, where he visits Nottingham fixture Page 45 and the Cartoon Museum in London.

In this SPOOKY episode, we speak to Scott Allie, Editor-In-Chief of Dark Horse Comics, and cartoonist and horror expert Jeff Zornow, who is currently illustrating Godzilla: Rulers of Earth for IDW Publishing. Both of these gentlemen are big fans of horror as a genre and horror comics, and we spend some time with them talking about what has traditionally been one of the most controversial and challenged genres in comics.

In this episode, CBLDF Executive Director Charles Brownstein presents the History of the Comics Code Authority before a live audience at Wondercon 2014 in Anaheim, California.

In this episode, we speak to Brian Heater — journalist, podcaster, comic critic, and all-around big thinker when it comes to comics, comic art, and the comic industry. Check out Brian’s regular podcast, RIYL, at http://riylcast.tumblr.com/

In this bonus episode to celebrate the launch of our news magazine CBLDF Defender, we speak to author and CBLDF Advisory Board Co-Chair (as well as CBLDF Board of Directors Alumnus) Neil Gaiman! Neil is one of the most popular authors working today, a ground-breaking graphic novelist, a humanitarian deeply involved in multiple charitable projects, and winner of the Hugo, Nebula, and Bram Stoker awards, as well as the Newbery and Carnegie medals. He has been a tireless voice for free expression over the years, and is one of the most passionate voices in the literary world when it comes to fighting censorship.

In this episode, we come to you from Seattle, Washington, with a live recording from Emerald City Comic Con! Our panel includes Josh Fialkov (Elk’s Run, Punks, The Bunker, Ultimate FF), Ed Luce (Wuvable Oaf), and IDW Publishing’s VP of Marketing, Dirk Wood.

To celebrate today’s launch of CBLDF Defender #2, we have a special edition of the CBLDF PODCAST! In this episode, CBLDF Executive Director Charles Brownstein speaks to Image Comics Publisher (and author of Nowhere Men and They’re Not Like Us) Eric Stephenson.

Join the CBLDF staff for a quick preview of everything happening at Comic-Con International 2015, in San Diego from July 8th to July 12th!

In this episode, CBLDF Editorial Director Betsy Gomez talks with artist Brian Stelfreeze (Day Men), hot off the launch of the what is likely the year’s biggest release: the new Black Panther series with author Ta-Nehisi Coates from Marvel Comics.

In this episode, we speak with author Chuck Palahniuk (Fight Club, Fight Club 2, Choke), who has just completed adapting Fight Club 2 as a graphic novel with artist Cameron Stewart.

In this episode, we speak with cartoonist and writer Katie Skelly (Nurse Nurse, Operation Margarine, My Pretty Vampire) about two classic European comic creators: Guido Crepax and Milo Manara. Skelly discusses the craft, context, and legacy of these two masters of erotica (and more).

In this episode, we speak with cartoonist Gilbert Hernandez (Love & Rockets, Blubber) about his career, his work, and his early inspirations. We discuss reactions to his work and controversies therein, and his personal views on mature content in comics and elsewhere.

In this episode, we speak with cartoonist Ed Luce (Wuvable Oaf) about coming to comics from fine arts, educating a new generation, and life in the Oaf-O-Verse. We discuss his early inspirations, and how he has managed to find broad appeal with what was once considering niche content.

In this episode, we speak with cartoonist and journalist Sarah Glidden (Rolling Blackouts, How to Understand Israel in 60 Days or Less) about her work and the evolution thereof. We discuss the process of becoming a journalist and the role and responsibilities of reporters in the world.

In this episode, we speak with writer Matthew Rosenberg (We Can Never Go Home, 4 Kids Walk Into A Bank, Rocket Raccoon, Kingpin, 12 Reasons To Die) about his work, and the influence on his career of personal politics and activism. We discuss the early days of Black Mask Studios, interacting with an angry audience, and maintaining nuance in politically divisive times.

We speak with editor, publisher, writer, and translator Anne Ishii about her current venture Massive Goods and the world of gay manga. We discuss cultural differences with regards to erotica, gender politics, and pornography; examine niche subcultures; and take a diversion into our mutual love of the greatest death metal manga ever made.

In this episode, we speak with cartoonist Jeffrey Brown about his work, and the changes (and lack of changes) in his art and his interests over the years.

Topics include: autobiography, bad reviews, The Transformers, and being comics-typecast.

In this episode, we speak with cartoonist R Sikoryak about his latest book, The Unquotable Trump, from Drawn & Quarterly. We discuss his career, his thoughts on activism, the variety of places he’s been published, and the wide world of literature and comics he has managed to mush together, recontextualizing both in the process.

In this episode, we speak with cartoonist/writer/editor Sina Grace about his career and current work, including Nothing Lasts Forever from Image Comics, and Marvel Comics’ Iceman. We discuss his start in the industry, the various roles he has filled over the years, his creative process, and his approach to adult content.

NOTE: This episode contains frank discussions of sex and sexuality as well as language you would not hear on a primetime network sitcom.

In this episode, we speak with legendary publisher Ron Turner, starting with his early days as an activist, through the creation of foundational publishing house LAST GASP, the heyday of the Underground Comix movement, and a myriad of other topics from an amazing life.