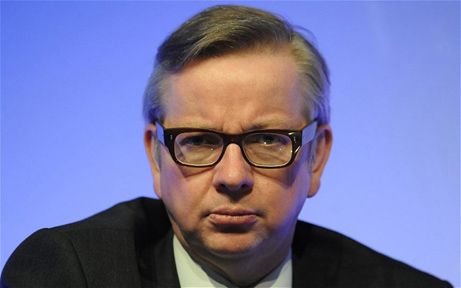 Educators in the United Kingdom and some authors — including Phillip Pullman and Nobel winner Toni Morrison — are upset over allegations that British Education Secretary Michael Gove is removing American classics and other non-British books from GCSE English syllabi.

The GCSE, or General Certificate of Secondary Education, is an exam taken by secondary students in UK schools. Gove is currently leading a reform of the books included on the English exam. Gove’s reforms include the removal of “prose from different cultures” and the addition of more British authors. As a result, books such as Maya Angelou’s I Know Why the Caged Bird Sings, John Steinbeck’s Of Mice and Men, and Harper Lee’s To Kill a Mockingbird have been dropped from the curricula. Books by authors from other countries have also been dropped: According to The Independent, A Purple Hibiscus by Nigerian author Chimamanda Ngozi Adichie, Mister Pip by New Zealand author Lloyd Jones, and Rabbit-proof Fence by Australian author Doris Pilkington have also fallen victim to the reforms.

British English teacher Mary Stevens has started an online petition opposing the removal of the books from the cirriculum. As of this writing, she has the support of more than 57,000 people around the world. Ms. Stevens is concerned that the changes will put an undue burden on teachers and that it would discourage reading among students. From Oxford Mail:

“It means that we are going to have to be teaching a lot of very old stuff which means we won’t be able to have time to teach more modern books. My worry is that it will put off a lot of kids who struggle with their reading. It is going to disadvantage kids who come from backgrounds where they’re not encouraged to read.”

“I truly believe that the person to judge what to teach in class is the teacher who takes the class.

“If these sorts of changes are being made then they should be made in consultation with teachers who are going to teach it.

“Michael Gove thinks it is a good idea and therefore it is going to happen. I wish he would come and talk to the students who have a real hatred of reading.”

In the wake of the uproar, Gove has denied that he has banned any books. He wrote a response to the accusations for The Telegraph, but his response reads more like an indictment on the quality of classic American literature than it does a justification for the removal of the books. He writes:

In one year recently, 280,000 candidates studied just one novel for the AQA GCSE. The overwhelming majority of them (more than 190,000) studied Of Mice and Men. Most of the remaining AQA pupils studied other 20th-century texts including works such as Lord of the Flies. The numbers studying novels written before 1900 – Pride and Prejudice, Far from the Madding Crowd and Wuthering Heights – were tiny in comparison, around 1 per cent of the total. The situation is no different in drama, or when one looks at other exam boards.

Gove claims that he is trying to broaden the spectrum of books that are considered for the GCSE exams, but he seems more motivated to dictate that books he considers classics should be emphasized rather than promoting true diversity:

A specification that allows for Keats and Heaney, Shakespeare and Miller, the Brontës and Pinter was welcomed by teachers, who recognise that English literature has an unparalleled range of writers who can inspire young minds. And what has been sad about English literature GCSE in the past has been how few of those writers have been studied.

Gove argues that British students should be “masters of the best that has been thought and written” and that he wants “young people to encounter as many books as possible from different cultures,” but in removing Maya Angelou, John Steinbeck, Harper Lee, Chimamanda Ngozi Adichie, Lloyd Jones, Doris Pilkington, and many other non-British writers from GCSE syllabi, GCSE reforms seemingly eliminate diversity from the curricula and limit teachers’ ability to encourage reading among students. Ultimately, while Gove claims otherwise, the proposed changes may well hinder the freedom to read for students throughout the United Kingdom.

← Why Is LGBT Romance “Too Adult” For All-Ages Comics?
Professor Finds College Is Not Too Late To Win Comics Readers →