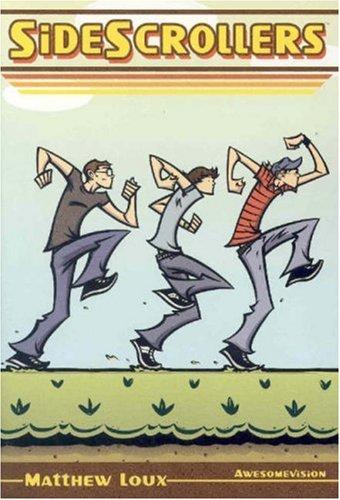 Sidescrollers was chosen as one of the Young Adult Library Services Association’s Great Graphic Novels for Teens in 2008, and was praised by Publishers Weekly as “wholesome…but still entertaining for young teens or those with a sense of humor.” It recounts the adventures of three teenaged slacker geeks who are roused to action when a female friend becomes romantically involved with loutish quarterback Dick. Along the way, the trio engages in mildly vulgar but realistic teenage banter and vandalizes Dick’s car with anatomically correct graffiti.

Download a PDF of the SideScrollers discussion guide here.