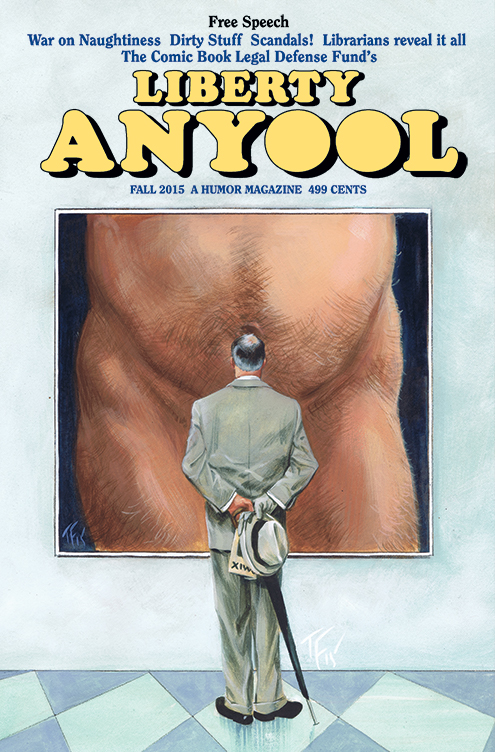 In the wake of the horrific murders at the Charlie Hebdo offices in France, one response that we noticed again and again was a knee-jerk reaction to their content that completely ignored the absurd and extremely biting level of satirical intent behind many of the Hebdo cartoons. When people reacted to work by the victims of a violent assault, there was a surprising amount of “Well, they shouldn’t have drawn that,” or “This magazine was offensive—they should have known this was coming.” We realized that the national discourse in the U.S. hasn’t had that level of print satire in many years, with The Realist, Spy, National Lampoon, and other publications having gone the way of the dodo. 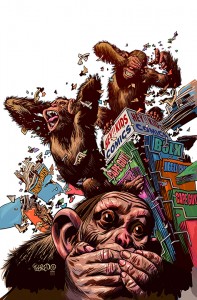 We decided this was a great opportunity to turn the CBLDF Liberty Annual into a love letter to those magazines: ridiculous adult humor for adults, touching on topics that may not be suitable for polite company. Of course, the anthology isn’t offensive just for the sake of being offensive, and there are literary parodies, heartfelt remembrances, and a few stories that are just plain silly. But we also touch on Satanism, prostitution, pornography, war, awkward sex, gratuitous violence, and all the other things that aren’t typical fodder for punchlines.

It’s a great sampler of  talented people and, most importantly, funny people! 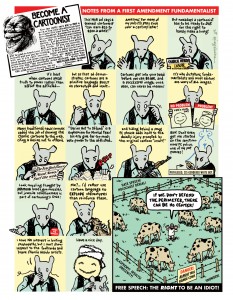 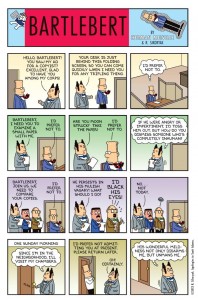 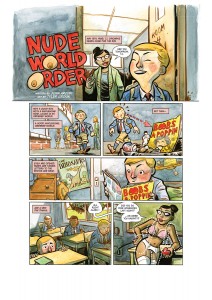