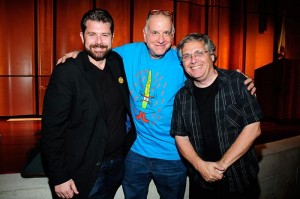 The last stop on CBLDF’s Banned Books Week Tour was San Diego, where we joined with co-sponsors Comic-Con International and the San Diego Public Library to present a “Beware of Comics!” conversation with Scott McCloud and Larry Marder. The evening was a great success thanks to the organizers, participants, and attendees!

CBLDF Executive Director Charles Brownstein started things off with a recap of the Comics Code Authority and the strictures it placed on creators from 1954 until its demise in 2011. McCloud and Marder, who participated in the drafting of A Bill of Rights for Comics Creators over 20 years ago, then talked about the industry environment at the time and the lengths to which creators went just to publish their work as they envisioned it. But as McCloud observed, resistance to the Comics Code also sparked and fueled the underground comix movement which in turn influenced many of today’s creators. McCloud and Marder agreed that today is the “real Golden Age of Comics” because alternate models for funding, publishing, and distribution mean that creators can have near-total artistic freedom and control.

Thanks again to the San Diego Central Library for hosting the event and to Comic-Con International for partnering with CBLDF! Check out some more pictures below. 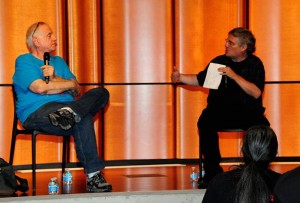 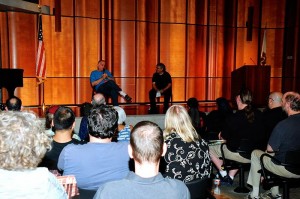 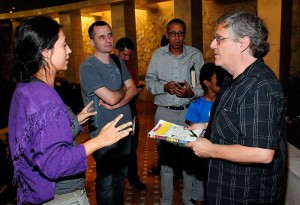