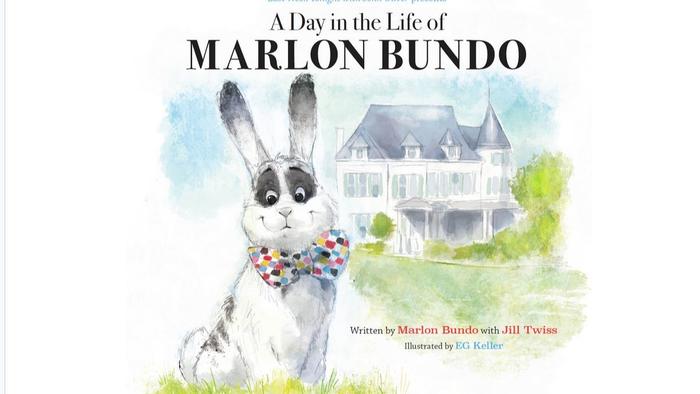 The Orlando Sentinel reports that the Florida teacher investigated by school officials for reading A Day in the Life of Marlon Bundo, should have gotten permission to read a non-approved book to the class, but overall did no harm. According to The Sentinel, the district released a report explaining, the teacher, Tyler Bond, “had a ‘momentary lapse of professional judgment’ but had caused no harm and had meant to engage, not upset, his students.” Bond said in his defense, that he overheard students discussing same-sex marriage and thought the book would create a “positive teaching moment.” He apologized for not getting permission ahead of time, and The Sentinel reports that Bond has had no negative disciplinary issues in the past, so it seems like that should be that. Except it’s Florida, so there is more.

While one parent told school officials investigating the issues that she was satisfied with their findings and commended Bond on his “dedication and teaching methods,” other parents and guardians did not feel the same. The Sentinel reports,

The other set of parents were dissatisfied, with the grandfather in particular saying the book was “pornographic” and complaining that his grandson’s safety was in question. The school moved that child out of Bond’s class, the report said.

It seems likely that this is the same grandfather who told previous news outlets that he doesn’t believe boy bunnies should marry boy bunnies. Kraig Hudson, a grandparent of a student in Bond’s class, told the local news, “I don’t think it’s fair they are not telling the other parents about what they read. Noah comes home one day and asks us if it’s OK for two male bunnies to get married. I said, ‘By our beliefs, no. But we do not judge nobody.”

The Sentinel reports that the family members displeased with the school district’s investigation of the incident “caused a disruption” at the elementary school a few days later. The local police were called, and trespassing notices were issued to the offenders. What kind of disruption, and who it was aimed at were left not mentioned in the report.

For those unfamiliar with the book in question, the full title is Last Week Tonight with John Oliver Presents A Day in the Life of Marlon Bundo. Despite the title referencing a popular HBO show for adults, it is, most assuredly, a children’s book. The book centers around Marlon Bundo, aka BOTUS (Bunny of the United States), who meets a handsome, bespectacled, bunny named Wesley and falls in love. Marlon and Wesley decide they want to get married, but The Stinkbug (who has creepily immovable white hair like a certain vice president) tells them “boy bunnies don’t marry boy bunnies” and being “different is bad.” I won’t spoil the story for anyone who hasn’t read it yet but suffice it to say, it’s a kid’s book and has a sweet ending.