Due to continued stigma against the LGBTQ+ community in Japan, there are few out mangaka, despite a plethora of queer content. For pride month, here are four out and proud Japanese voices for you to check out. 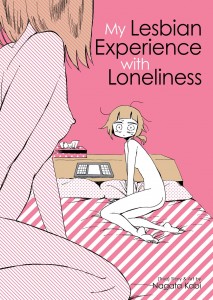 My Lesbian Experience with Loneliness by Nagata Kabi 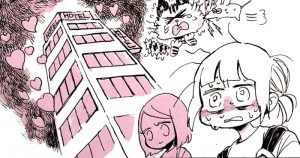 Nagata Kabi’s work is no stranger to the CBLDF blog, if you remember when a priest, unironically and unsuccessfully,  attempted to have the title removed from a library’s banned books display in Maine. Thanks to CBLDF supporters’ fast and vocal support of the librarians, the display, and the LGBTQ+ community, the attempt to censor My Lesbian Experience with Loneliness was denied.

This autobiographical manga follows Kabi as she navigates anxiety, depression, and her sexuality. Kabi shies away from no detail, with the beginning panels pointing out each of her physical insecurities as she meets with an escort for the first time. The story then backs up and chronicles the last few years of her life that led to that moment: dropping out of university, struggling with depression and an eating disorder as she moves back in with her parents. What Kabi finds she wants is both simple and complex: to be held by a woman. While Kabi’s story is deeply individual, it’s sincerity makes it relatable for those of us who struggle/have struggled with both mental illness and our sexuality. 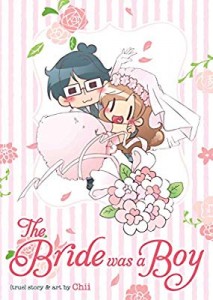 The Bride was a Boy by Chii 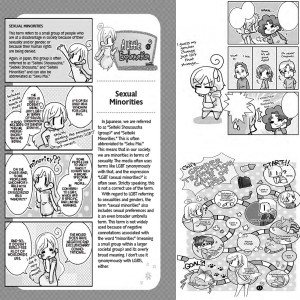 Everything about this book is adorable, from Chii’s chibi art style to her ever supportive and doting Husband-kun. The Bride was a Boy is another autobiographical manga, chronicling Chii’s transition and marriage. Chii’s happiness radiates through this manga and is sure to warm your heart.
Chii’s adorable memoir functions both as a sweet love story and trans FAQ. Between chapters chronicling her path to marriage, she includes panels explaining transition (and how it varies from person to person),common trans misconceptions, and even the rainbow flag. 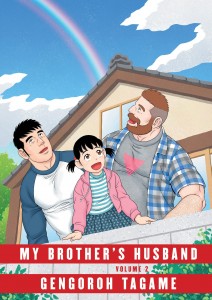 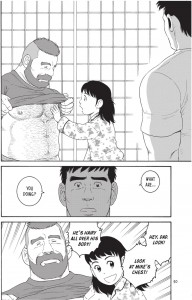 After his twin brother Ryōji’s death, Yaichi finds himself hosting his brother’s Canadian widower, Mike, on his trip to Japan. Mike has come to meet Ryōji’s family and see where he grew up. Throughout Mike’s stay, Yaichi finds himself questioning and examining his prejudices and the societal view of gay men, especially as his young daughter welcomes her uncle Mike with open arms, ever-inquisitive. This all-ages story is heartfelt and a sweet duology for fans of slice-of-life dramas. 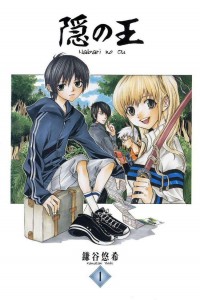 Nabari no Ou by Yuhki Kamatani 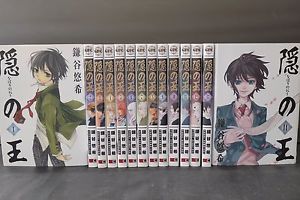 For fans who are more into the fantasy side of things, Nabari no Ou is a twelve volume ninja epic, following Miharu Rokujou after he is attacked, seemingly randomly, by ninjas. His high school’s nindou club comes to the rescue, explaining that inside his body is a vast spring of ninja knowledge, and that they can train him to protect himself and use his power. Miharu tries to stay disinterested in this twist of fate, even as his surroundings turn more wild and violent. Nabari no Ou explores gender identity without leaning on stereotype or taboo shock value. Kamatani thoughtfully weaves this and other queer themes into their series, creating a full and diverse world.

Emlyn Meredith Dornemann lives in Wisconsin where she writes weird, spooky stories and reads a lot of comics. She got her MFA in popular fiction from the University of Southern Maine’s Stonecoast program. You can read her other CBLDF stories here.