Brian K. Vaughan and Fiona Staples sci-fi epic adventure, Saga,  quickly emerged as a genre-redefining, bestselling addition to the comic book canon. It rapidly picked up a shelf-full of awards from the Eisner’s, Harvey’s, Hugo’s, and even a British Fantasy Award for Best Comic/Graphic Novel. Since its debut in March 2012, this critically acclaimed comic series also become one of the most controversial comics, holding the sixth spot on the ALA’s 2014 Top Ten List of Frequently Challenged Books.

Just from the first volume’s cover, readers can see the protagonists are from different worlds, in this case literally, but it also offers metaphoric implications. Alana’s green wings versus Marko’s ram-like horns, for the detail-oriented, the type of weapon each chooses speaks to their background. once a reader falls into the witty dialogue and beautifully rendered panels, it becomes even clearer that this story can speak to any type of family, making it an important resource in a genre often criticized for lack of inclusion.

In 2013, Saga #12 was temporarily made unavailable in the Apple App Store due to a misinterpretation on comiXology’s part of Apple’s content policies — policies that in the same year led to the censorship of several other comics, specifically those from French publisher and distributor, Izneo. As this wasn’t the first time comics seemed to be exclusively excluded from the Apple store and with Saga’s popularity, news quickly escalated to accusations of censorship brought about by a supposed homophobic reaction of certain images in the issue. The exclusion of the issue also led to Saga creator Brian K. Vaughan making a distressed public statement, letting fans know that he, Fiona Staples, and Image Comics stood behind the book in the face of what initially looked like censorship.

What made this case particularly complicated is the fact that Apple as a private enterprise which reserves the right to regulate and exclude any content that they deem inappropriate for their store. Included in Apple’s content policy is a line that reads, “We will reject Apps for any content or behavior that we believe is over the line.” The vagueness of this statement is ultimately what led to the real reason that Saga #12 didn’t make it initially to the Apple app store — comiXology’s mistaken belief that the book would not be allowed under a vaguely-worded and inconsistently enforced content policy.

This holiday season you can get signed and personalized copies of Saga to help support free expression and protect the comics community from censorship attempts. But hurry this opportunity is ending soon! 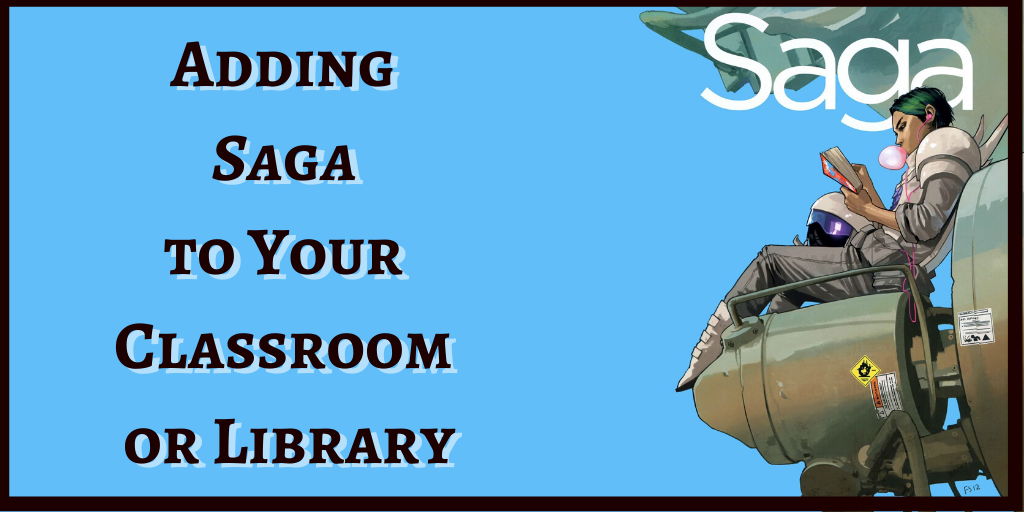