I spent the afternoon at the Crytpozoic Entertainment offices yesterday. Saw a whole lotta cards that have come in over the last week. Incredibly diverse stuff. Artists featuring their own characters. Artists taking a shot at favorite characters and rendering them in their own unique style. A great example of that is showcased in these sneak-peek of a few Savage Dragon cards below…

I worked for and with Erik Larsen for six years, when I had my hands on the wheel at Image Central. He’s one of the funniest, quirkiest, most unpredictable and talented people I’ve ever known. Let there be no doubt about something else: Erik Larsen is a stone-cold comic book fan. Almost two decades after he left the Big Two behind, he still cares about the characters. All you have to do is follow him on Titter, and you’ll witness amazing insights into the comics, past, present, and future. He’s one of the staunchest supporters of creator’s rights. I used to tease him and call him “The Last Standing Image Comics Revolutionary.” In all the years I’ve known Erik, he never once wavered in the core issues of creator ownership.

Erik is also a huge supporter of CBLDF. When I hit him up last winter to see if he’d allow us to borrow the characters from the Savage Dragon universe for CBLDF Liberty Trading Cards, his answer was simple and to the point: “Whatever you want, dude.”

Here’s a taste of the wide variety of Dragon drawings that are currently in-house. 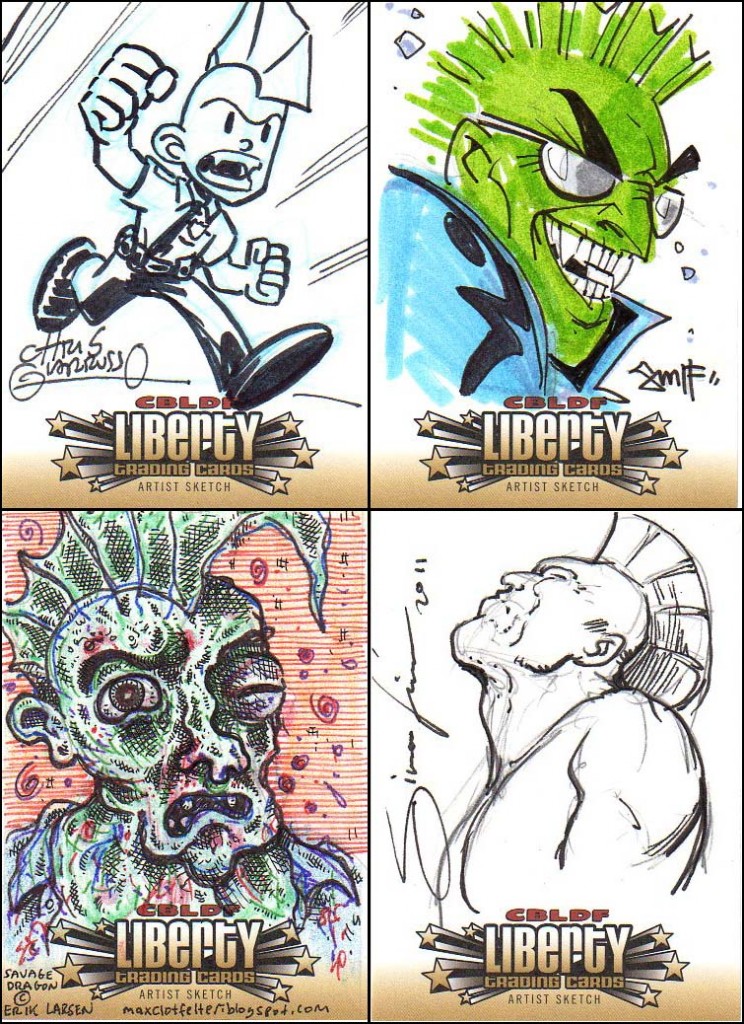 I greatly appreciate that Erik lent us his intellectual property for CBLDF Liberty Cards so that we can raise the funds necessary to do defend the First Amendment rights of the comic book community. The First Amendment guarantees the right to Free Expression. It ensures that no American can be persecuted for speaking their political, religious, social, or artistic beliefs.

See you on Tuesday!