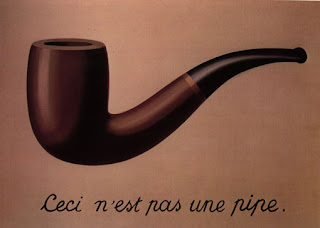 A drawing of a thing is not the thing itself, nor should the drawing be supposed to be a stand-in for the thing itself. You may be able to smoke Magritte’s pipe if you burn the paper on which it is printed, but you cannot smoke using Magritte’s pipe as a pipe without some rather complicated alterations of its chemical properties.

Whether it be flag-burning,  comic books in the mid-20th century America, riots in Britain right now or George Washington enthroned, history tells us that strong reactions to art, to new platforms for communications, and to fear all take the form of restricting behavior. Governments, corporations and people, when confronted by something they do not understand or cannot control, react by removing that thing as quickly as possible from public access. 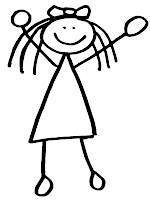 This is not a person

Yet, here in the US we are taught that we have freedom of expression that scales from thought to images, words and in many cases, deeds.

This issue not a rhetorical one to me. I am about to leave the country to attend a comic event called Girls Love Fest. It is focused entirely on comics with lesbian themes. This is the genre that I have worked on promoting for more than a decade – and for the first time in my life, I am not sure that I can purchase these comics and bring them home with me. Because I cannot be sure that a reasonable person would understand that the comic of two cute girls holding hands, saying they like each other and kissing is not offensive. I cannot presume that the people hired to “protect” us are reasonable at all. Why should they be? These people have been given imprimatur to be unreasonable and suspicious. I want to support these artists, and share their work…but I may not be able to. I certainly have to look at each book more critically and think “what would TSA make of this?” 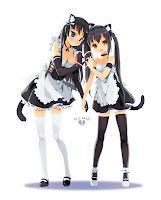 They aren’t people, either.

Pick up the manga that you have closest to you. Look at it objectively. Would a “reasonable person” understand what artistic merit you see in it? Would a reasonable person, with kids and a dog and a house and no understanding of manga, or moe look at this picture and *not* think it was creepy and pandering? We cannot rely on people to be reasonable here. Art makes people react strongly and our current climate of fear makes even reasonable people fearful of anything they don’t understand.

Right now, the CBLDF is assisting in the defense of a man who faces jail time because the Canadian Border guards do not know the difference between a drawing of a pipe and a real pipe. This could well be me, or you. Now is the time to stop the erosion of our rights to freedom of expression. Not next week, not eventually. Now. Now you must take up your pens and write your legislators and reiterate the importance of freedom of expression. Now is the time to donate to the CBLDF and help set the precedent that art – no matter how dangerous – makes us a better society, better people and is worth defending.

Do it now, because every moment we wait for this to blow over, it’s one moment closer to being too late. Don’t wait until some security person opens your iPad and judges you by the comics you read.

Erica Friedman is the President and Founder of Yuricon & ALC Publishing (http://www.yuricon.org). She writes the world’s oldest and most comprehensive blog on Yuri/Girls’ Love anime, manga and related media at Okazu (http://okazu.blogspot.com.) She writes about Social Media Marketing at SocialOptimized (http://socialoptimized.blogspot.com).