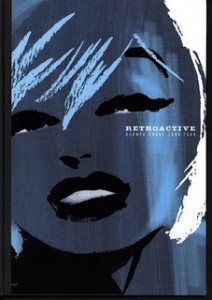 Whether CBLDF runs it or an outside party graciously donates their time and effort, online auctions are one way CBLDF raises the money it needs to defend cases such as the Canada Customs Case. Right now, you’ll be able to find a number of online auctions benefiting CBLDF.

CBLDF has a number of exclusive items up for auction right now. We have Darwyn Cooke’s Retroactive, an extremely limited and hard to find out-of-print showcase of Cooke’s work from 1998 – 2008. The book is signed by Cooke! 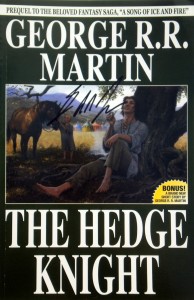 Finally, we have a copy of the Vertigo 10th Anniversary Desk Diary. What makes this copy of the diary special is that it was passed from creator to creator, and is now full of signatures and doodles from creators such as Neil Gaiman, Colleen Doran, Paul Pope, Brian Azzarello, and more! 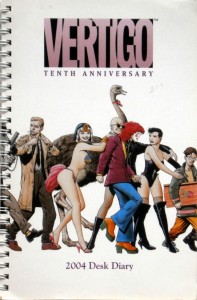 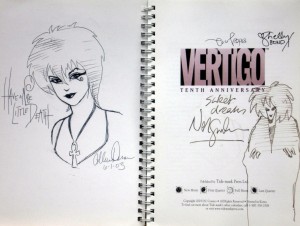 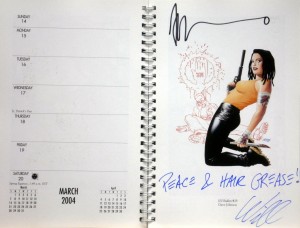 Ending today are a pair of auctions courtesy of Carolyn Belefski of Curls Studio and CerebusTV. Belefski told CBLDF about the impetus behind the auctions:

CerebusTV asked me to do some art featuring Cerebus, an independent comic book character created by Dave Sim. The two pieces I created, which are up for auction now (ending 8PM EST), showcase Cerebus along with my own independent creations Curls and The Legettes. Curls is my comic strip which can be found online at http://www.curls-studio.com/curls about a gal named Curls who goes about her daily life getting into adventurous situations with her animal friends and a large slice of Toast. The Legettes is a comic book I co-created with writer Joe Carabeo about a group of burlesque dancers chosen to save the universe – think Cabaret meets Blade Runner. The money raised for this art auction will be going to Cerebus TV and Comic Book Legal Defense Fund, which exists to fight censorship and defend the First Amendment rights of comic book professionals throughout the United States.

You can find these auctions here and here.