After a year of collaboration, preparation and production with Cryptozoic Entertainment, I finally had the finished product in my hands: factory sealed, unopened boxes of CBLDF Liberty Trading Cards.

Like any project I’ve ever worked on, there is always that nervous moment when you take the product out of its shipping case and are about to discover if everything actually came out the way it was intended.

I decided to open up five boxes and see what treasures were hidden inside.

Every box I opened had one artist sketch card, two autograph cards, and 4 or 5 chase stickers in addition to a full set of all 72 base cards and enough extra base cards to get halfway into collecting a second complete set.

Everyone seems to be the most interested in the sketch and autograph cards. I had a good haul.

Check out what I found in each box:

Plus, every box had 4 or 5 rare chase stickers too. 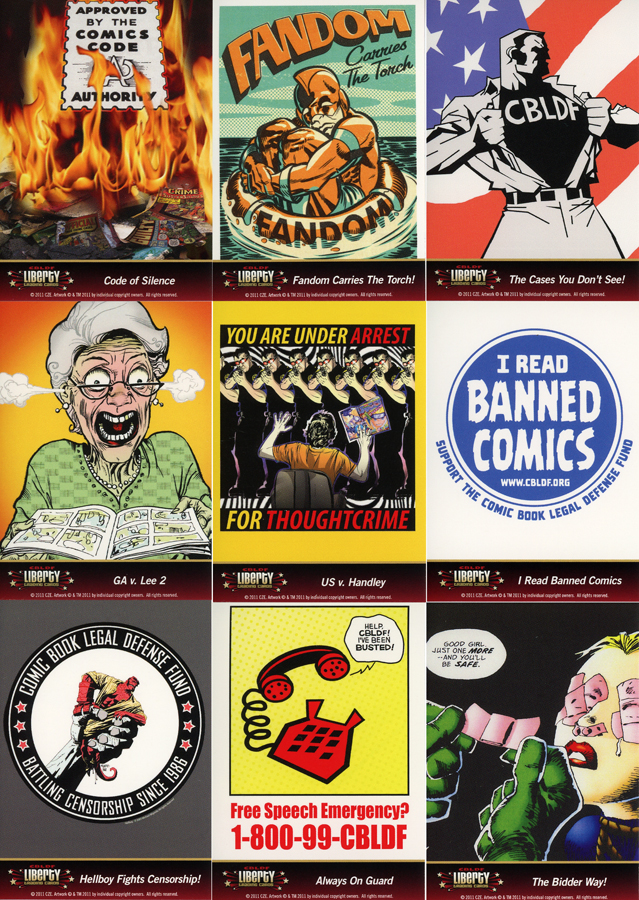 But there is more to them than that!

When you collect all the chase stickers and flip ‘em over to the back side—they fit together into a puzzle picture of Lady Liberty and Blind Justice by Rob Liefeld. 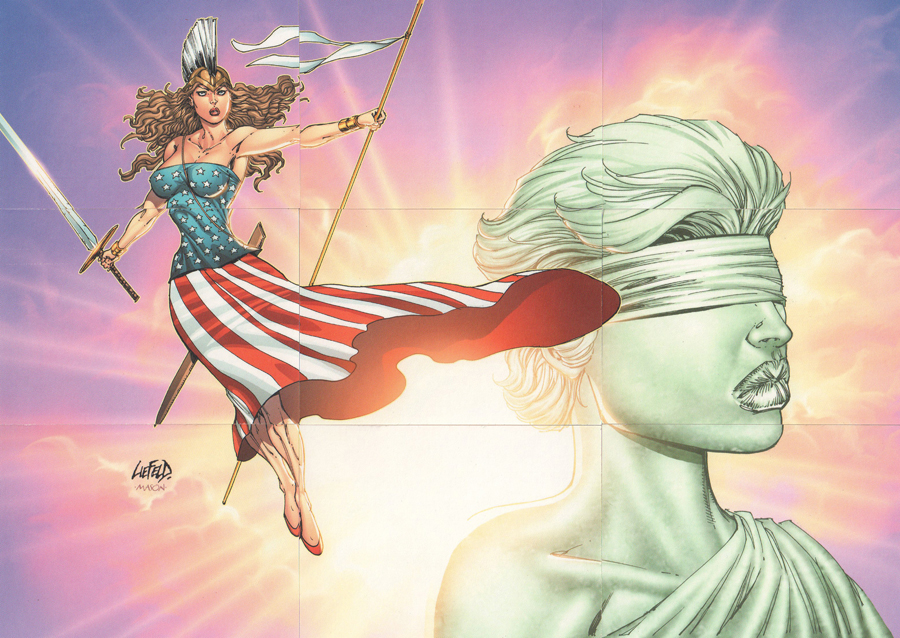 After I opened 5 boxes, I had enough stickers to complete 2 ½ puzzles.

And the base cards? They tell the story of all of the epic First Amendment battles that comic books have faced, from the marathon Senate hearings of the 1950s to today’s attacks on readers.