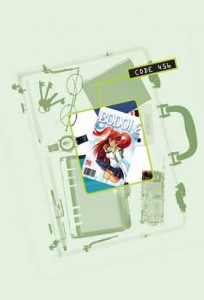 When I was in junior high, my English class was assigned to read George Orwell’s 1984. It was a pretty engaging read, but despite our teacher’s best efforts, it was difficult for most of us to take its deeper messages seriously. Big Brother and the Thought Police were terrifying for sure, but no more so than the likes of Jason Voorhees or Freddy Krueger. They were fantasy villains from our point of view, impossibly removed from our real lives, where we were forced into daily battle with the true horrors of Midwest adolescence — teenage classism, 80s fashion, and our own deep self-loathing.

Now, as a 40-something in the 21st century, Orwell’s warnings are both utterly preposterous and terrifyingly real. It seems outrageous to imagine that in an age when civil liberty is so loudly trumpeted and treasured that a person could be arrested, imprisoned, and legally stigmatized for life because of his or her thoughts. Yet cases such as that of Brandon X prove this to be not only possible — but even likely — if those thoughts are being expressed and shared with others in the form of comics.

I was asked to contemplate what this means to me, and the answer is, honestly, stark terror. Brandon’s case terrifies me and not because I think I’m likely to be arrested in Canada for carrying the wrong comics. I’ve read the advisories. I know what to do as a comics-loving traveler. What terrifies me about Brandon’s case is that each time we allow our courts or communities (any courts or communities) to criminalize comics (any comics), we are inviting them to criminalize our own. By not taking action, we are telling our own communities that we think it’s okay — maybe even necessary — to destroy a person’s life based solely on ownership of the wrong comics and that we trust authorities to determine what the “wrong comics” are.

Some of us have probably looked over our manga and comics collections and felt reassured that we’ll be okay — that nothing we own is so depraved, so dangerous, or so completely lacking in artistic merit that it could be deemed criminal simply to have it in our possession. I’ve glanced over my own shelves, and things look pretty innocent, at least on the surface. It’s all localized manga after all, licensed and sold by legitimate publishers right here in the U. S. of A. Surely no one could take issue with me owning a book I could buy at Barnes & Noble?

That’s the thought that I cling to every time I hear about another comics fan in trouble. I remind myself of all the ways that my situation is different because I’m not crossing national borders or ordering straight from Japan. But no matter how I reassure myself, the fear remains just under the surface or perhaps under my desk, where you’ll find several volumes of a legitimately licensed and localized manga series that I’ve procrastinated on returning to their original owner because I’m scared to put them in the mail.

The truth is, my fear may be premature, but it isn’t crazy. We absolutely can’t trust our communities with our lives when it comes to comics, and I’ve seen the proof of that first-hand. It was only a couple of months ago, for instance, that a local commenter at Manga Bookshelf — someone essentially in my community — let me know that she considered an interest in romance comics featuring teen characters to be tantamount to pedophilia. That opinion alone would criminalize half my collection.

Brandon X’s Canada Customs Case may seem like someone else’s problem, as impossibly distant from our lives as George Orwell, fictional horror villains, or perhaps the bubonic plague. But its outcome will determine what kind of message is sent back to our communities — to the people who may one day be asked to assess the decency of our comic book collections. I know the kind of message I’d like to send, and the Thought Police are decidedly unwelcome.

Be Counted: Please become a member or donate to the CBLDF to defend Brandon X, and let all our communities know that reading an illustrated expression of someone’s thoughts should never be considered a crime.