Last week, the CBLDF launched the first Member Appreciation events of 2012 in New Orleans with a party at Crescent City Comics and a booth at Wizard World New Orleans Comic Con. The events raised a combined total of $2,600, and I got to meet scores of our loyal supporters from all over the south.

The events started on Friday night at Crescent City Comics whose crew hosted a Member Appreciation Party for CBLDF supporters. Crescent City is one of my favorite comic shops in the country because it has a great, knowledgeable crew that cares a lot about helping customers navigate their incredible inventory of comics, graphic novels, back issues, zines, and assorted weird cool stuff. They were all on hand providing warm hospitality for the full house of folks who came out to support the CBLDF. I got to give a short talk about the Fund’s current casework, and to talk to a bunch of the great people who came out for the party. Although the best part was probably giving away the raffle prizes. Check out the happy expression on grand prize winner Matt Ray: 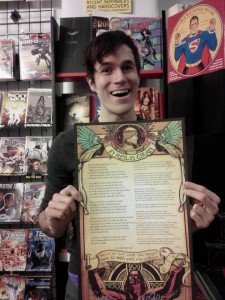 Our other winners were just as chuffed: 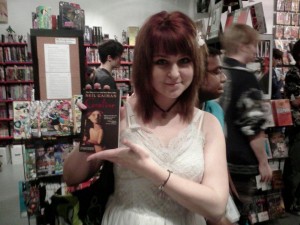 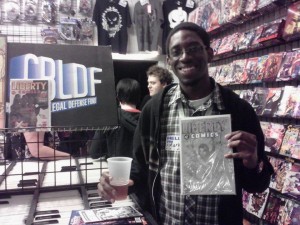 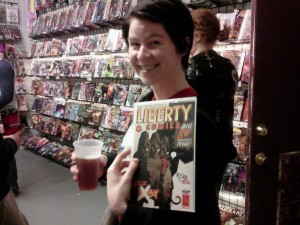 Creators Andy Kuhn and Derec Donovan were there: 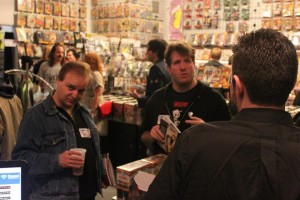 So was Caesar Meadows: 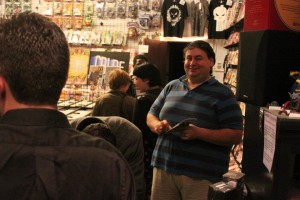 All told the event raised $300 for the CBLDF, including a generous contribution of 15% of the night’s sales from the store. We’re grateful to the great crew at Crescent City, who are pictured below, for putting it together. 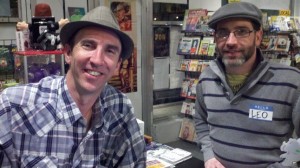 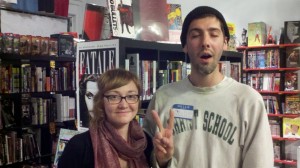 If you’re a retailer and would like to host a Member Appreciation event like this one at your store, please drop us a line. We can’t always send a staffer, but we can send raffle prizes and gifts for CBLDF members. We’ll also be happy to write it up on this website.

The next morning Wizard World’s New Orleans Comic Con kicked off, bringing a very busy crowd to the Ernest N. Morial Convention Center. I spoke to supporters from all over the Gulf who were coming out to get sketches, fill in their collections, and get autographs from the celebs on hand. I also spoke to supporters from even farther away, including one fellow from Germany and a lady from Australia, who was sent up for a corporate conference and was excited to find out that a comic book show was happening right across the street from her hotel. I pointed them to our Advisory about traveling with comics, because if there’s one thing the Brandon X case proves it’s that you can never be too careful when dealing with customs.

Attendance at the show was solid, and we were slammed from about noon til five on Saturday, and through the middle part of Sunday. I gave away a lot of copies of About Comics’ 24 Hour Comics collection to members who showed up with their membership cards to claim this appreciation reward. I also collected a lot of donations from folks who were excited by the range of books we had from supporting pros. I ran out of books by Robert Kirkman, Neil Gaiman and Dave Gibbons pretty early on Saturday, which means I underestimated the demand for these items. Shame on me. If you were there and missed out on one of these killer donation rewards, you can get most of them in our Rewards Zone. Ditto the CBLDF Grab Bags, which was hands down our most popular item. I brought 60 of these to offer as a thank you for folks donating $20 and ran out of them about an hour before the show closed on Sunday.

The Wizard World team did a fine job putting this con together. The floor had a positive energy and attracted a really solid mix of comic book fans, cosplay fans, and pop culture fans. This was good for the CBLDF, because we got to meet supporters from a region we don’t frequently reach, and we were able to introduce a lot of people to our work for the first time. This show wasn’t wall-to-wall comics the way a show like HeroesCon or Baltimore Comic-Con is, but it was wall-to-wall fandom. Before Big Bang Theory and The Walking Dead became the phenomenons they are, it was easier to make a case against the co-mingling of comics and media under the banner of a Comic Con. But today that case is becoming as outmoded as the stereotype that comics conventions are smelly affairs full of sad dudes in wrinkled t-shirts. Today fandom is mainstream, and this show embraced that in a positive way.

I’m grateful to the team at Wizard World who donated our space to exhibit, to Les, Leo, Jill & Clark at Crescent City, and especially to the hundreds of you who stopped by the table and talked with me about the First Amendment and made a contribution to our important work.

Next up for the CBLDF is the ComicsPro meeting in Dallas, where Deputy Director Alex Cox will be conducting events to thank the retail community supporting the Fund. My next trip will be to Image Expo in Oakland, where we’ve lined up an extremely cool Member Appreciation giveaway that I can’t wait to announce. If you see us at one of these shows, please come by and say hello!