Excitement continues to build as ROCK COMIC CON rolls out what promises to be the major party event of convention week during New York Comic Con. 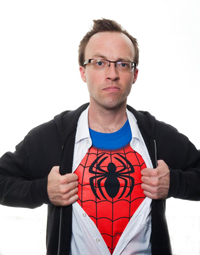 This year, ROCK COMIC CON is partnering with the COMIC BOOK LEGAL DEFENSE FUND to create the ultimate Nerd Rock music party experience. ROCK COMIC CON is a perfect place for Heroes, Zombies, Jedi Knights and Fans of all kinds to get their “Nerd” Rock on and help support freedom of speech through the Comic Book Legal Defense Fund.

‘Nerd Rock’: [nurd ‘rok] a genre of music that tends not to take itself too seriously, often referencing “geek” pop culture, comic books and video games with significant doses of irony and humor.

ROCK COMIC CON features an array of national acts; hard rocking and musically adept nerd bands, including Schaffer, the Dark Lord, a New York City-based rapper and comedian with material best-suited for brainy and/or drug-addled audiences. With manic energy and a verbose vocabulary, STD skewers such topics as religious zombies, sci-fi sex fantasies, grammar snobbery and obsessive cat-enthusiasts. STD has released three full-length albums and toured the country with mc chris, MC Frontalot and MC Lars. He is also a co-producer and co-host for the nerdy, themed production, Epic Win Burlesque. He has three releases (2004’s “Meet My Maker,” 2007’s “Mark of the Beast” and 2009’s “Manslaughterer”) and the music video for his single “The Rappist” has garnered a half million views on YouTube. 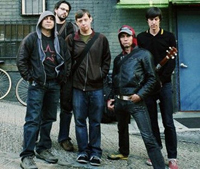 H2Awesome! Is a hilarious NYC band that is a cross between Weezer, the Bloodhound Gang and Iggy Pop… but MUCH nerdier. Comic Geek Speak called them “pure punk rock goodness”. H2Awesome! is fronted by NYC brothers, Charlie and Jeff LaGreca who cut their comedy teeth working and training with such notables as Amy Poehler, Tina Fey, Adam McKay, Rob Riggle and many others and have written or been seen on Comedy Central, Conan O’Brien, American Movie Classics, Nickelodeon & the Food Network. Their repertoire includes catchy and well-crafted tunes referencing geek culture, including an anthem for Walking Dead fans entitled “Carl, Stay In the House!”, and Frodo? Fredo?, a song about two confused potheads watching The Godfather and the Lord Of The Rings at the same time. 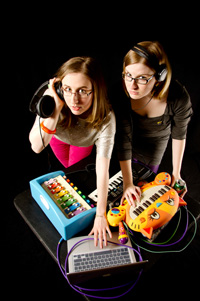 The Doubleclicks are a self-proclaimed “nerd-folk” duo, based in Portland, Oregon. The band is made of the Webber sisters: Berklee College of Music graduate and cellist Aubrey, and songwriter and ukulele player Angela. In 2011, the band started a “song a week” project, in which they posted new songs on their YouTube channel every week for a year – ranging in topics from superpowers to grammar. Their music video for their “Dungeons and Dragons” song created by Brooklyn-based artist Brad Jonas, boosted the Doubleclicks into position as a songwriting voice of the geek and gamer community. The band has toured to gaming and comic conventions and has shared the stage with Wil Wheaton, Amanda Palmer, and Paul and Storm. Though the tracks on The Doubleclicks’ first studio album “Chainmail and Cello” come from “a geeky place,” reviewers note that the Doubleclicks’ music has a broad appeal that can reach beyond the walls of the local game store. 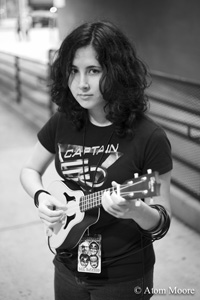 Special guests include singer/songwriter Molly Lewis, burlesque dancer Nasty Canasta, and Illusionist Nelson Lugo of Epic Win Burlesque. Lewis, whose original songs and covers, accompanied by her masterful ukulele playing, have earned her over 4.4 million views on YouTube and won her the “Ukulele Video of the Year” award from UkuleleHunt.com. Her first album, “I Made You A CD, But I Eated It,” was released by DFTBA Records.

Illusionist Nelson Lugo first started performing magic when he was nine and a half years old. Fed on a steady diet of comic books, video games and Benny Hill – Nelson’s performance style combines classic magic with a refreshingly geeky contemporary twist. He dreams of one day creating a magic act that somehow combines his love of Batman, Dr. Who, Star Trek and Pie. He is the founder and executive producer of EPIC WIN Burlesque and the co-host of the EPIC PIEcast.

ROCK COMIC CON will also feature MARVEL, DC and independent artists who will be creating live art throughout the night. This art will then be used to raise money to help support the COMIC BOOK LEGAL DEFENSE FUND, a program that protects artists.