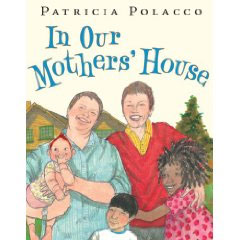 Thanks to a Utah mother and the ACLU of Utah, In Our Mothers’ House, a children’s book featuring a racially diverse family led by lesbian parents, is back in the Davis, Utah, elementary school library without restriction.

Earlier this year, the school district removed the book and placed it in restricted access after the parents of a kindergartener complained. The book was initially moved to the section of the library designated for grades 3 -6, but the parents started a petition for further review. The school district review committee voted 6-1 to move the book behind the counter, ruling that the book violated a state law that banned curricula from “advocating homosexuality.”

The ACLU of Utah represented school district parent Tina Weber in suing to return the book to general circulation. They successfully argued that the book did not represent instructional material and was therefore not in violation of the state law.The book has been returned to district shelves without restriction.