Among the many valuable and unique items available in the Comic Book Legal Defense Fund Rewards Zone are some rare, limited variant cover editions of single issues. Many of these are available exclusively through CBLDF, so they’re perfect for collectors! This week, we’d like to highlight the newly available CBLDF Liberty Variant for Revival #9, and two Comic Book Legal Defense Fund exclusive variants for Nowhere Men #1! 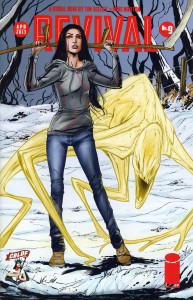 Back in April, Revival writer Tim Seeley joined CBLDF at C2E2, helping us raise over $16,000 for in support of our First Amendment work! IIlustrated by Mike Norton (Young Avengers, Battlepug), we have a limited number of CBLDF Liberty Variants of Revival #9 available for fans of the acclaimed horror series! 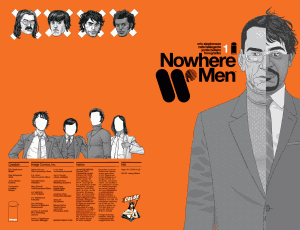 Also in the Rewards Zone is the Nowhere Men #1 CBLDF Liberty Variant cover, created exclusively for CBLDF by artist Nate Bellegarde. Premiered at Wizard World Portland 2013, this cover is limited to just 500 copies, so don’t miss out on your chance to pick up this super-rare sci-fi comic! Even more rare is the ComicsPro variant, signed by writer Eric Stephenson! 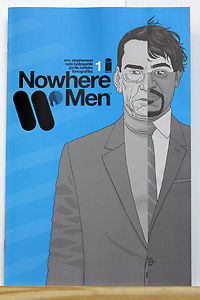 Supplies of these exclusive and rare variants are limited, so visit the Rewards Zone now!