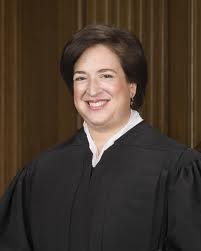 At 53, Elena Kagan is the youngest member of the U.S. Supreme Court. Kagan recently spoke in Providence, Rhode Island, and Michelle R. Smith with Talking Points Memo wrote about Kagan’s comments on how the Court uses technology. Kagan admitted that it’s a “challenge” for the Court.

In fact, much of what Kagan admits about the Court’s use of technology seems to come right out of a Luddite playbook:

When asked whether the justices email each other, Kagan said things are the same as when she clerked for the late Justice Thurgood Marshall three decades ago. She says justices write memos, which are then printed out on ivory paper that looks like it came from the 19th century. The memos are walked around the building by someone called a “chambers aide.”

Part of Smith’s article focused on one of Kagan’s first cases as a Supreme Court justice: Brown v. EMA. Brown v. EMA invalidated a California law that sought to regulate violent video game sales and would have added violent speech to the types of speech that are not protected by the First Amendment. The decision in the case granted First Amendment rights to video games as a form of creative expression, and it cited an amicus brief from CBLDF that drew parallels between the persecution of comic books in the 1950s and contemporary attacks on video games.

Kagan said the justices often turn to their clerks, who are much younger, to help them understand new technologies.

But they also try to learn on their own. In one case, involving violent video games the first year she was on the court, justices who had never played the games before dove in and gave them a try, Kagan said.

“It was kind of hilarious,” she said.

Kagan didn’t say which games the justices played, but the idea that they might have been trash talking each other over Call or Duty, Assassin’s Creed, or any other video game is certainly hilarious. While the Supreme Court may not yet be working the way most people in the 21st century do, they do seem to recognize how technology is changing the legal landscape: The video game play likely played some small role in their decision to protect video games under the First Amendment.